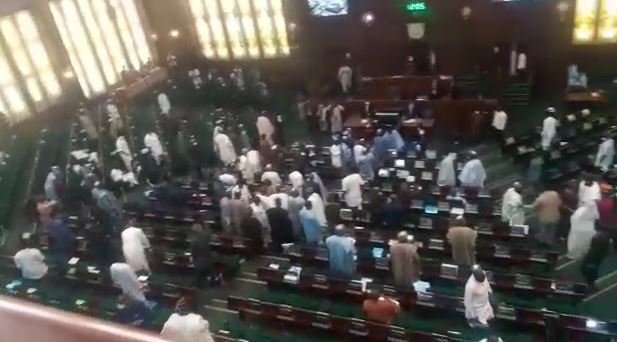 Group under the auspices of Jema’a-Sanga Peoples Democratic Party Mass Mobilisation and Equity Movement has chided the member representing the area in the House of Representative, Hon Nicholas Shehu (Sarkin Noma) for making efforts aimed at jettisoning a memorandum of understanding (MoU) they had in 2018.

A statement obtained by The PUNCH, jointly signed by its Chairman and Secretary, Haladu Mu’azu Aboro and Samuel Ezekiel Ogah Kaduna, said they trusted the lawmaker but he abandoned them.

According to them, Sanga Local Government Area of Kaduna State has been reduced to worthless pawns in the political chess game of the Federal lawmaker who is nursing a Senatorial ambition, insisting such a man can’t be trusted again.

“We’ll ensure we raise another leader in our region who can be trusted with a political power,” the group said.

The group noted that the MoU involving the Hon member was characterised by gross selfishness, breach of trust and abandonment.

“From all indications, Sanga Local Government has been reduced to worthless pawns in the political chess game of the lawmaker,” the group said.

Sanga people were led into the arrangement by what they described as the cunning disposition of Nicholas Garba and his co-travellers.

The group explained that the legislator should be blamed for whatever fate that befalls the MoU that was freely given and entrusted in the conscience of a man people believed in so much, adding they will raise another leader they can entrust with agreement.

“Now that the MoU, which was our hope to connect with the mainstream politics at the Federal level after so many years is at the verge of being jettisoned, due to the self-centredness of someone we entrusted with our political future, we take solace in the ability of providence to raise another leader whose emergence shall be a lifting to us,” the group added.