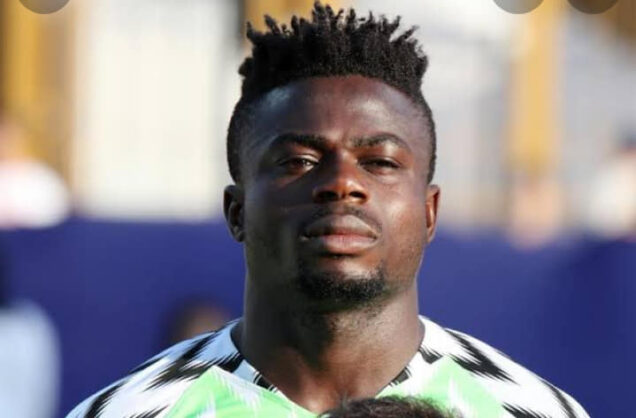 Simon, who currently plays for Nantes in France, said it was part of his support for the development of football.

“As part of my support to the development of football. I am donating 200 balls to 100 grassroots teams in Kaduna State,” Simon wrote on Twitter.

However, the donation has drawn both criticism and condemnation to the Nigerian player.

Some Nigerians took to his comment section to rubbish the donation while some commended Simon’s donation.

One Twitter commentator wrote: “Bros you can’t be putting this in the public. What’s 200 balls? Mitcheeeww.”

Another wrote: “This must be a joke sir or maybe you don’t want to give full details of what you donated. If this is true, I urge the teams to reject that nonsense.”

@Chiefsjason wrote: “Bros you try in the act of giving shaa, buh 200 balls? Really, haba if you really want to empower those lads you can do it, come back in 5months and those balls won’t be there, would you really call it empowerment?”

@avongsunny wrote: “I’m glad my local community benefits from this. @MrMowiz called all the names and Narayi was mentioned. God bless your kind gesture and reward you. May superstars arise through your good work.”

Another commentator wrote: “Ignore the naysayers, you are doing well. Bless up!”