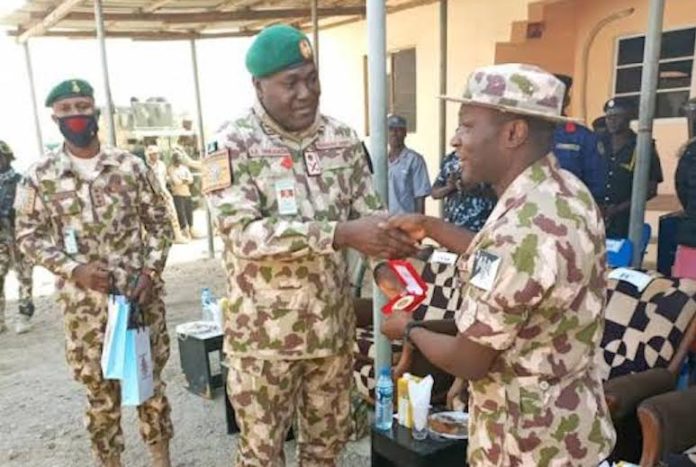 Gen Ibrahim gave the commendation during an operational visit to Headquarters 3 Battalion of the force at Gamboru Ngala, a town on the Nigeria-Cameroon border.

“The FC commended the Commander and his men for their hard work in holding their ground in spite of the repeated attacks by the BHTs/ISWAP,” MNJTF spokesman, Col Muhammad Dole said in a statement sent to The Sun from force headquarters in Ndjamena, Chad’s capital.

The commander called for more collaboration among troops, Civilian JTF, Vigilante and hunters to decimate terrorists around the Lake Chad shores

He urged them to be more focused and support their commanding officer in clearing the remnants of the insurgents from the area.

MNJTF is a military cooperation effort of Nigerian, Cameroonian, Chadian and Nigerien forces against terrorist activities along the countries’ borders in the Lake Chad area.