Kano State Chairman of the Peoples Democratic Party (PDP), Shehu Wada Sagagi, has cautioned the national leadership of the party to mend fences with Senator Rabiu Musa Kwankwaso or risk losing him to another party.

The chairman spoke at the state secretariat of the party, last night, during the visit of the Bukola Saraki Presidential Campaign and Advocacy Council.

He observed that most of the party supporters in the region were directly loyal to Rabiu Musa Kwankwaso, much more than to the party, warning that Kwankwaso’s defection would be a potential loss to the party in the state and the region.

The chairman regretted that some forces within the PDP in the North West zone were doing everything humanly possible to frustrate him out of the party, a situation he described as most unfortunate and regrettable.

While narrating their ordeal, he said: “It was agreed that the leader of each state should bring his nominee to fill the position allocated to the state. Kwankwaso is the leader of the party in the state. Unknown to us, some people went behind and purchased a form for a particular candidate in the state for the position of Zonal Vice Chairman. That has been the bone of contention,” he stated.

He alleged that the very candidate that was propped up by these interests was guilty of anti-party conduct during the last election, adding that some of his interests worked against the party and were direct beneficiaries of appointments and favours from the Ganduje administration in the state.

He restated that over the years, Kwankwaso had invested heavily in the development of the people of Kano State, with the result that he has beneficiaries of his various people-oriented programmes who are doing brilliantly well in all spheres of life and who would dump the party as soon as he leaves the PDP.

“PDP should harvest from these investments, not lose them,” Sagagi declared.

Meanwhile, a Kaduna High Court has cleared Bello Haiyatu Gwarzo, the opponent of Kwankwaso’s nominee, to contest for the position of the North West Vice Chairman of the PDP.

The court presided by Justice K. Dabo had on February 9, 2022, granted an interim injunction, restraining Gwarzo from contesting in the congress.

The court held that upon hearing the oral addresses on issues of jurisdiction by counsels to both parties in the case, it was left with no option but to vacate its order.

no winner, no vanquished-Says FG 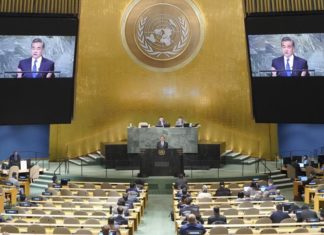