“In a room where people unanimously maintain a conspiracy of silence, one word of truth sounds like a pistol shot”

Weeks after the Easter sermon delivered by the Catholic Bishop of Sokoto, Most Rev. Matthew Hassan Kukah, the message is still resonating in and out of the government circle. Ordinarily, it was supposed to be an occasion for deep reflection on the life and time of Jesus Christ who sacrificed his life on the cross of Calvary for the salvation of the Christian faithful.

But the fiery and feisty priest went beyond the call of duty by telling those at the helms of the affairs of the nation what they did not want to hear. And in doing so, he spanked them so hard that he provoked icy distemper of handlers of President Muhammadu Buhari.

He actually hit them below the belt, declaring that the Federal Government had comprehensively failed in its responsibility to secure the nation and pull it back from the brink of disaster.

He said: “Taunted by Boko Haram, ravaged by bandits, kidnappers, armed robbers, and other merchants of death across the nation, there is collective fear as to whether Nigeria’s glory is about to depart! Retired military and intelligence officers lament over what has become of their glorious profession as they watch the humiliation of our military personnel. Traumatised citizens are tortured daily by bandits. The nation has since become a massive killing field, as both government and the governed look on helplessly. A thick and suffocating cloud of desperation, despondency, desolation, gloom, and misery hangs in the hot air. We have no message and have no idea how long this will last. Our people seek solace and protection, but frustration and darkness threaten to drown them.”

The outburst may be harsh, intemperate, and uncouth, for those who have an aversion for criticism, the truth remains that several untoward developments have cast a tragic pall over the nation, and somebody must be bold to speak to the authorities in the language they understand so that they can wake up to their responsibilities. That, exactly, was what the fearless Bishop had done in his homily on the occasion of the Easter celebration. Among other things, he lamented that the nation was under siege. Is the land not truly drenched with the blood of innocent citizens? Are the kidnappers, terrorists, and bandits not having a field day, rampaging and raiding villages and highways, preying on innocent victims for ransom? Has the trend in any way ebbed even in spite of the assurances of the safety of citizens being mouthed by security operatives? Obviously, there are good reasons to worry about how to lift the current pall of darkness over the nation.

And so for a government that places a premium on the lives of its citizens, there can be no better time than now for President Buhari to begin to take a frank audit of its failings in power ahead of the next year general elections; otherwise, the ruling All Progressives Congress (APC) on which platform he ascended the position of presidency, would have no moral right to re-approach the electorate for their mandate.

Yet for honest commentary on the failure of the government, the presidential spokesperson, Garba Shehu, went to duty with frenetic energy, accusing Kukah of spreading hate against his principal.

His words: “For a man who has been spreading hate for decades, nothing new in the homily, except for the fact that while millions of Christians were remembering the Lord’s crucifixion on Friday, His descent on Saturday, His resurrection on Sunday, and subsequent appearance to his disciples, Bishop Matthew Kukah was playing politics.

“From his pulpit, he devoted his Easter message not to Christ’s death and rebirth so man might be saved – but to damning the government in the most un-Christian terms.”

In his tirade, perhaps, Shehu forgot to note that President Buhari in his electioneering promised to clear the mess of the opposition Peoples Democratic Part (PDP) and restore the nation to some measure of stability and international respectability. What has happened since then? The promise has turned to be a rope of sand. Seven years down the line, the comprehensive failure of his administration to nudge the country back to a stable entity is still stirring everybody in the face.

From the griming statistics of causalities of Boko Haram insurgency to the rising level of corruption, pervasive poverty, separatist agitations as well as incessant clashes between farmers and marauding Fulani herdsmen, it is abundantly clear that Nigeria is, indeed, running on an injury-time and needed to be rescued, hence the reason Kukah cried out.

According to the 2021 report by the UNDP, no less than 35,000 deaths have been recorded in the three states of Borno, Adamawa, and Yobe since 2009.

The report further showed that “for each casualty caused directly by insurgency, an additional nine people, primarily children, have lost their lives due to lack of food and resources – and more than 90 per cent of conflict-attributable deaths are of children under the age of five”.

For the millennial rot which Kukah spoke about, sufficient data are also there to show how Nigeria has fared in the last seven years of the Buhari administration.

For the record, Nigeria is the 154 least corrupt nation out of 180 countries, according to the 2021 Corruption Perceptions Index reported by Transparency International, confirming a rise in the number of corrupt power cabal in government who are feeding fat on the misery of the common people of this country.

The Corruption Perceptions Index ranks countries and territories based on how corrupt their public sector is perceived to be.

While the administration continues to bandy around an invisible achievement of lifting 100 million vulnerable Nigerians out of poverty, “the World Bank estimates that an additional one million people were pushed into poverty in Nigeria between June and November 2021, resulting in a total of about eight million people being relinquished to poverty in 2021 and bringing our nation’s poverty headcount to about 91 million.

And as the nation approaches another election, the Economic Summit Group, in its outlook of the 2022 Micro Economic indices, has warned that there could be a shift from effective governance to outright politicking with the pace of decision-making usually slows down in a pre-election year and reform pronouncements and implementation becoming difficult.

So, why the hell-raising over a statement that was meant to be a wake-up call? At this point, it is high time Shehu began to cultivate civil and superior patience in treating issues that touch on the sensibility of the people with ultimate caution. All along since he assumed office as the mouthpiece of the President, not a few people had expressed their disdain, watching him snapping and snagging at everybody like a German cross-breed each time critics reminded Buhari of his duty and the oath he swore to uphold.

Matthew Hassan Kukah was born on August 31, 1952 in Anchuna, Nigeria. He is the current bishop of the Roman Catholic Diocese of Sokoto. In December 2020, Pope Francis appointed him as a member of the Dicastery on Integral Human Development. For being critical of government actions, he remains a thorn in the flesh of the present administration of President Buhari. But he says he is not doing it for personal hatred but for the love of the country. 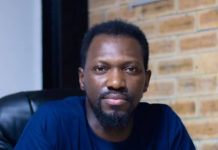 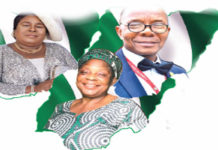 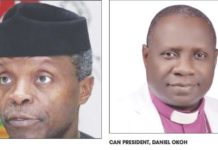