When was the last time you, as a Nigerian voter, rejoiced that the choices you made at the last election led to the consequences that you were expecting? In other words, were the expectations you had in voting for candidate A, B or C, fulfilled or were they tremendously dashed? These questions signpost the discussion in the current write-up as to whether the much trumpeted forthcoming elections will be worth the while of voters. To be sure, nowhere in the world are elections the magic cure for the woes of countries. But sometimes, in some countries, very often, they lead to the frequently talked about democratic dividends. However, when there is a persistent disconnect between election outcomes and the performance of those elected, that political community is shooting arrows at the heart of the democratic assumption.

For the 2023 elections to deliver the peopleâ€™s expectations, at least in good measure, some conditions must be fulfilled. This columnist speaks not just about technique or what some experts call electoralism, which translates into holding free, credible and fair elections; but beyond those, to enquire what and what is necessary to make the elections worth our while. For example, if voters in response to campaigns to come out and vote en masse, defy the odds of nature and go out to do so while at the end of the day nothing changes or matters degenerate, the process, even if credible, has not measured up to the billings expected of it.

There is little doubt that our experience in this country has been more of electoralism than the deepening of democracy or the production of democracy dividends, both of which would have set our democracy on the path of consolidation. Put differently, Nigeriaâ€™s democracy, and indeed that of any country, remains on tenterhooks for as long as it is no more than a feast of expectations, a parade of rosy promises meant to titillate the electorate.

Two epigrams capture the point being made, namely: â€œHolding elections for the Americans to notice.â€ The second is taken from the Swiss philosopher, Jean-Jacques Rousseauâ€™s important work,Â The Social Contract, composed three centuries ago. It informs that â€œthe English people believe (themselves) to be free; (they are) gravely mistaken; â€¦ as soon as the members are elected, the people (are) enslaved; it is nothing.â€ Both statements pinpoint the fact that elections, though vital to democratic representation, are far from being the end of the matter in terms of societies making progress, solving problems and undertaking leadership roles globally. That is why in spite of the globalisation of democracy, there still remains a debate as to whether authoritarian societies have done better overall than democratic ones, especially in non-Western societies.

I do not want to go into this debate now, but merely to observe that democracy is not secure in any country as long as it is seen only as a series of political rituals lacking the substance of the peopleâ€™s welfare. Recall in this connection that the famed Asian Tigers, who jumpstarted the race to modernity within two decades, began their journey, not as democratic countries but as authoritarian ones. This is not an apology for authoritarianism, but a wake-up call for those who think that as long as elections are held and the processes observed or half-observed, a country can continue in perpetuity without caring a hoot about the elevation of the human condition in their necks of the wood.

Coming more to the heart of the matter, the elections have the potential to be worth our while if they hold as stipulated by the 1999 Constitution (as amended). To put it this way is to underline the frightening spectre that the elections may not hold. This relates to the issue of insecurity which has continued, in spite of official assurances, to take its toll on human liberty, free movement of persons and the safety of life and property in the country. Only recently, the Chairman of the Independent National Electoral Commission, Professor Mahmood Yakubu, mentioned three threats to the peaceful holding of the 2023 elections, namely insecurity, the character of the politicians as well as social media. So, obviously, if the elections were to hold in credible and peaceful circumstances, they cannot do so unless insecurity is brought down to a manageable minimum and voters can be sure that they will not become sitting ducks for avoidable deaths and tragedy.

Another critical area is to mainstream policies and visions around which the ongoing campaigns will be composed and will give governance impetus and focus, notwithstanding those who emerge as winners. Policies and visions are not the same thing as slogans and buzzwords which political contestants invoke at campaigns to excite the electorate. We have had a riot of these kinds of promises, sloganeered at election times with shelf lives that do not exist past the swearing-in ceremonies, mainly because those who utter them neither believe in them nor do they even remember the details. This speaks to a major lacuna in our electoral and political history to the extent that policy debates, properly so-called, are virtually absent from our campaigns and political life.

A couple of years back, there was controversy about which promises were made by a prominent political party as there appeared to have been different versions of manifestoes issued by the party. Matters were not helped when the leader of the party actually disowned some of the campaign promises attributed to the party. This is politics as bedlam or circus, given that fundamental aspects of electioneering have been turned into â€˜alÃ¡wÃ dÃ â€™ with the aim of amusing rather than contributing to governance. I have often lamented the absence of policy discussions and debates in our polity unlike what we get in other countries where they play a significant role in the election and sustenance of political leaders who understand the importance of policies. Campaign statements ghost-written by hired consultants do not translate into policy proposals that can reshape the destiny of a country.

It is possible from one perspective that the problems in Nigeria have loomed so large that the politicians prefer to skirt around the issues rather than put forward remedial solutions, but we must move desperately away from that kind of comic mindset.

Furthermore, the most important issues of this season, namely, exit from the debt treadmill, job creation, constitutional review with the objective of slimming down the centre, putting Nigeria back on the global education and health maps, tackling insecurity with a firm hand and returning the pedigree of Nigeria in the comity of nations, constitute important tasks around which policy ideas should be built and orchestrated. Anything short of these is no more than deception, pictured as politicians saying â€œonce you give me the power by voting for me, everything will be all right.â€ Obviously, such games cannot be worth our while.

An election about which outcome Nigerians can be truly glad and genuinely hopeful is what we should be about, not another round of electoral chicanery that makes the plight of Nigerians worse than they ever were. This translates into wise, intelligent and discerning choices.

Indeed, the call for a mandate that will lift Nigeria out of the woods and make her great again. 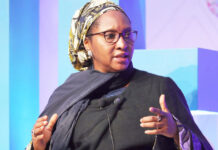 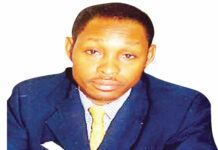 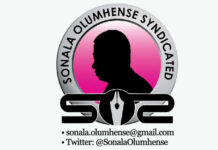 Where are the completed roads? 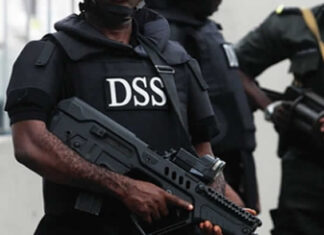