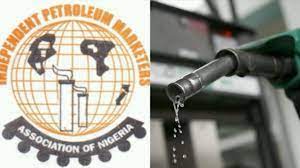 Edo IPMAN Chairman, Alhaji Abdul-Hamid Egele‎, who was released by his abductors last Thursday, has urged Nigerians to come together to rescue the country from its challenges.

Speaking with newsmen in Benin City, Egele popularly known as Baba Petrol, further appealed to Nigerians not to shy away from going home, adding that avoiding going to their communities will not solve the issue of kidnapping and the problem of insecurity.

“I want to advise the people not to be discouraged and run away from home, we must come together in prayers and salvage the country together.

“I have discovered that Police and Army in the whole world combined  cannot solve what is happening but almighty Allah”, he stressed.

Narrated his ordeal in the hands of his abductors, Egele disclosed that he ate a piece of apple each day of the 14-days he spent in the forest with his abductors.

“Though I was offered food everyday, but I told them I was not hungry but only requested for apple which they gave me one each day of the period of spent with them in the forest.

“It was the day I heard I was going to be released that I demanded for a tin of milk; they obliged me with pap.

“I needed it for strength because I knew I was going to trek long distance upon my release”, the IPMAN explained and commended his well-wishers and Muslim clerics who all prayed for his safe return.

Recall that Egele was abducted on Monday, February 7 in Jattu, Etsako West Local Government Area of Edo State while returning  home from work and‎ his driver and police orderly were both killed in the process by the gunmen who had trailed him to his house.

He was set free14-days later after the payment of N70 million ransom.