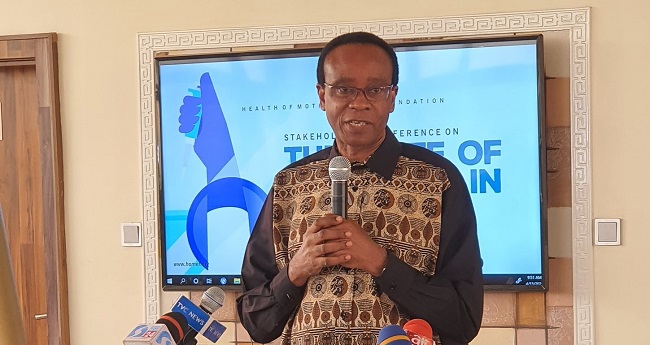 Eminent environmental activists Dr. Nnimmo Bassey, Ibrahim Thiam among others have engaged several fisher folks in Makoko Nigeria’s largest informal settlement in a bid to tackle mounting challenges that they face in their trade.

Dr. Bassey who is the Director of Health of Mother Health Foundation (HOMEF) and coordinator of FishNet Alliance, an advocacy group for African fishermen, empathized with the fishermen and called for government intervention as well as the need to put fisher folks into consideration amidst dredging and other environmental activities that is detrimental to the sources of their survival. He also pointed out climate change as a major challenge.

Dr. Bassey, who noted that climate change has made fishing difficult in recent times, stressed that the situation is the same in different parts of the country and the world at large.

He stressed that FishNet Alliance, as an Africa-wide network of fishers engaged in and promoting sustainable fishing in line with ecosystem limits, is committed to providing the needed support to address the challenges that fishermen are faced with.

He said, “fishing is becoming more difficult especially for those whose livelihoods depend on it. As a result of climate change, the ocean is becoming saltier thereby making fishing more difficult and some areas where construction works of huge facilities are taking place have also contributed to this problem.”

The top environmentalist thereafter noted that “one of those ways is to create awareness for people who are into fishing to let them know they are not alone in this. There would be a need to increase the number of memberships in the group giving opportunity for other fishermen to join, visit other places and create awareness of what FishNet Alliance offers its members especially on welfare matters.”

Also addressing the fishermen, Ibrahim Thiam, a representative from Rosa Luxemburg Foundation, corroborated that the Fishermen community in Senegal also face similar challenges because majority of the people take fishing as a profession and now, they are faced with challenges of making ends meet.

After the meeting Dr. Bassey led the visiting Senegalese activists to the Better Life Fish Market at Makoko to interact with fisher women and other traders.

Coordinator of FishNet Alliance in Lagos, Apostle Akintimehin Claudius, while speaking at the meeting, expressed his gratitude to Dr Nnimmo Bassey, the Executive Director of CEE-HOPE Nigeria, Ms. Betty Abah and guests from Senegal for finding it worthy to come to their aid at a time like this.