The Managing Director and Chief Executive Officer Lagos State Waste Management Agency (LAWMA) Mr. Ibrahim Odumboni has said that the Agency is rejigging its operations to give Lagosians excellent services.
Making the statement earlier this week during a press briefing at the Agency’s office in Ijora, he said that the steady rains that fell in July disturbed the activities of the Agency hence the avalanche of wastes dotting he landscape of the state. He noted that it seemed as if a five years rain were compacted to fall in only one day. He explained that since the rains stopped, the agency has been doing about 120 trips of waste disposal on a daily bases. This, he said even as above 13,000 metric tones of wastes were being generated on a daily bases by Lagosians. He said that through the support of the state government, the agency has been able to carry out its work during the four or five weeks of the rains. He promised that within three weeks, the state will return to its normal clean status. He noted that PSP has 1,100 trucks while LAWMA supports with 150 trucks to ensure efficiency.
Odumboni noted that the cost of doing business has risen by 100 percent and that it will continue make the agency to review the subsidy given to PSP operators. He, however, noted that the agency is not trying to disenfranchise members of the Society by the new policy instead to create enabling environment that will make them serve the public better.
He noted that waste generation depends on individual or family life style. He therefore urged members of the public to patronize the PSP operators rather than patronizing the truck pushers who will collect your refuse and dump it in the nearby compound, on the road or on the water channels. On the ways of reducing the stench of waste, he said that the two abattoirs will be converted to in-house vulcanizers and fish farmers.
He noted that the company is using local content because the trucks they use are assembled in in Lagos. He said: “The wastes are still around, but I appeal to all Lagosians to be patient as we shall soon get to every area. Plans are underway to improve on our waste disposal capacity by moving away from open dumping of refuse in the state. We have up to six transfer loading stations and before the end of this year, three more stations will be created”. He advised members of the public to apply and get their bins for the collection of wastes. “We have given members of the public up to January 2023 to get their waste bins as the agency will commence its tariff review by the first of September this year. If your waste increases, you will expect increase in tariff. And in the course of any disagreement arising therefrom, you should refer your case to LAWMA. Everything is aimed to achieve our target conversion of waste to energy. Remember, it is your kind of waste your generate that determines what the conversion would be.
He noted that because of the kind of city Lagos is, it has about 450 formal markets recognized by the state government. “Aside this, there are also night markets even though, there are plans to stop them because they create wastes and dump them any how since there is no one monitoring them. Definitely, we are going to redirect our actions. We have been going to meet members of the public on one on one bases. We have more than 20 industrial attaches who we deploy to meet them and educate them on the ways of handling wastes. These attaches are expected to form environmental clubs in their respective schools as a way of internalizing the waste management ethics. Any market without a waste bin will be shut and prosecuted. So all the market leaders should make sure, their markets are clean all the time.”.
He said: “If you look around, you will see plastic bottles everywhere. People may thing we are not doing anything about them, but we have devised new methods of recycling the bottles. It is no longer taking them abroad for processing. We collect them here, clean them, process them and make them into a very clean new bottles that you cannot imagine.
Speaking on the new modalities, President Association of Waste Managers, Mr. Kunle Adebiyi noted that the rejig of the tariff is to keep the operators afloat.

He said: “We shall introduce tricycles that can enter where trucks cannot enter. We are begging Government to bring vehicles that use fuel instead of diesel. 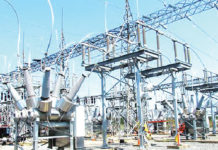 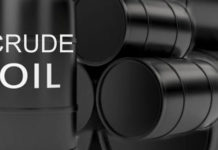 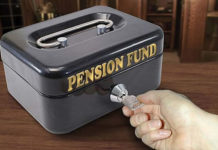