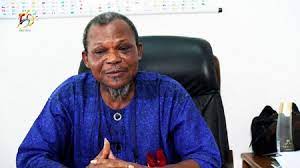 Notable Nigerians and associate of late Rear Admiral Ndubuisi Kanu (rtd), former Military Governor of Lagos State,  yesterday shared their experience with deceased, said he was an advocate of one Nigeria.

They all shared their experiences with deceased at the “Night of Tributes”  held on Tuesday organized by Ndigbo Lagos.

The programme  was part of the activities that will lead to the final burial of late Kanu, who died on January 13, 2021.

The programme was attended by many prominent Nigerians and associate of the deceased who shared their encounter with the late chieftain of the National Democratic Coalition (NADECO).

Among who attend the event were former Anambra State Governor, Peter Obi, Special Adviser to Lagos State Governor Babajide on Drainage, Joe Igbokwe among others.

Speaking on the religious life of the deceased, the Prelate of the Methodist Church Nigeria, His Eminence, Dr. Samuel Chukwuemeka Kanu Uche, said late Kanu was not just a christian  but God fearing who contributed his quota to the development Methodist Church in Nigeria.

He said the late Lagos State Military Administrator always told him to pray for unity and peace in Nigeria. Uche said till the deceased passed on, he was an advocate of Nigeria.

In his welcome address, President General of Ndigbo Lagos, Major General Obi Umahi, described the deceased as a a great icon, who contributed his quota to the development of Igbo race.

He said late Kanu was an advocate of unity, peace, equity and justice, adding the deceased’s dream for Nigeria, was a country where none, whether big or small lords it over others, irrespective of what was at stake.

Lagos State Governor  Sanwo-Olu, in his farewell address, said the deceased was detrabalized  who worked for unity of Nigeria. He said late kanu contribution to the development of Lagos was immense and could not be quantify.

A chieftain of NADECO and closed associate of the deceased, Ayo Opadokun, said the death of Kanu was a personal loss to him, because the deceased was the only Igbo man that he trust.

He narrated the role late Kanu played in his family while he was incarcerated by the military government.