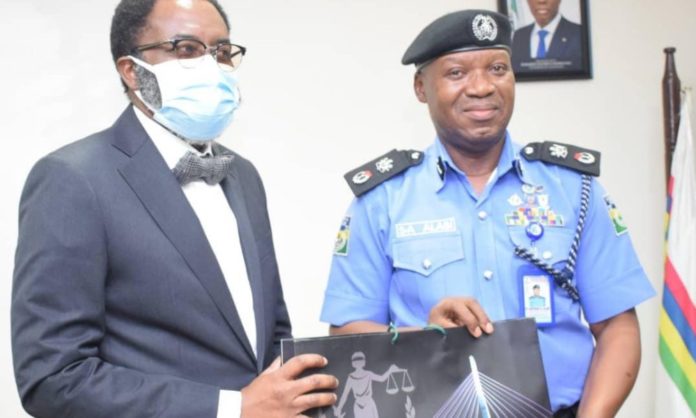 Lagos State Government has condemned the attack on a LASTMA official, ordering the arrest and prosecution of anyone who assaults government and security officials on lawful duties.

Attorney-General and Commissioner for Justice, Moyosore Onigbanjo made the announcement at a meeting with Commissioner of Police, Abiodun Alabi.

Olatunde was brutally cut at the Berger area by a driver, Ibrahim Yusuf, a native of Osun State.

He went in a rage after stoppage for disobeying the law while driving a Suzuki mini‐van with Reg. No. KJA 953 YE.

The commissioner said Yusuf obstructed traffic, stopping to pick passengers at different spots not designated as bus stops along the route.

“In a bid to arrest the attacker for violating traffic rules, he ran into the market and reappeared with a butcher’s knife with which he stabbed the LASTMA team leader, Officer Awotola Victor Olatunde, on the head and throat.

“The accused further threatened to kill him and leave Lagos State afterwards. All efforts to arrest the violent attacker proved abortive as he was still threatening to kill the official.

“Yusuf was later brought to the Police Station by the Chairman of the Berger Park and was immediately charged to court before Magistrate Mrs. Kubeinje of Court 4, Ogba, for attempted murder and assault occasioning harm,” Onigbanjo said.

The offences are contrary to Sections 230 and 173 respectively of the Lagos State Criminal Law, 2015.

Onigbanjo disclosed that the Director of Public Prosecutions (DPP) will issue the Legal Advice expeditiously and prosecute the case diligently.

The AG added that this would serve as a deterrent to would-be offenders and attackers, vowing that Lagos government would no longer tolerate assaults.