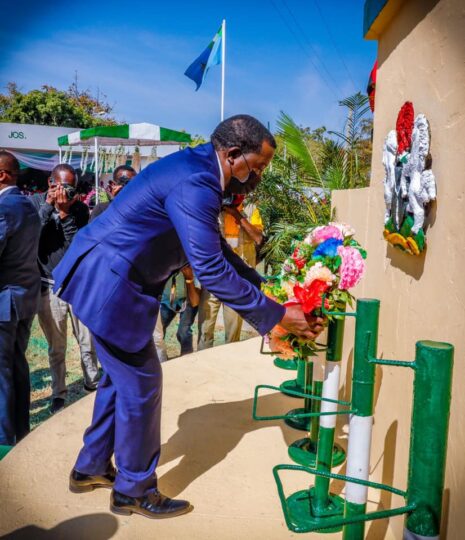 Governor Simon Bako Lalong of Plateau State has paid tribute to Nigerian fallen heroes who have made sacrifices for the unity, peace, and stability of Nigeria.

The governor, however, urged all citizens to honour their courage by living in peace with one another and exposing criminals.

Lalong stated this during the laying of wreaths to commemorate the 2022 Armed Forces Remembrance Day at the tomb of the unknown soldier, Joseph Gomwalk Secretariat, Jos.

Lalong who spoke with journalists after the event said Nigerian Armed Forces and other security agencies have made sacrifices to not only keep Nigeria one but also ensure that its territorial integrity is kept intact.

The Governor said Nigeria has in recent years been confronted by internal security threats that are compounded by a lack of harmony and tolerance among Nigerians which has further stretched the security architecture.

He also said unless Nigerians deliberately work towards building a peaceful society by respecting one another, obeying the rule of law, and exposing criminals, the security challenges will not be resolved because the capacity of the security agencies will continue to be overstretched.

Lalong said the security agencies have continued to do their best to confront the challenges and must be supported by all Nigerians in order to motivate them to put in their best to make further sacrifices.

He also appealed to Nigerians to be generous towards the families of fallen heroes as well as retired soldiers who are battling with many health challenges and carrying the responsibilities of dependants. 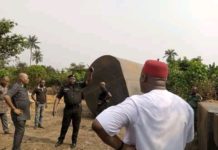 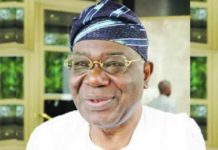