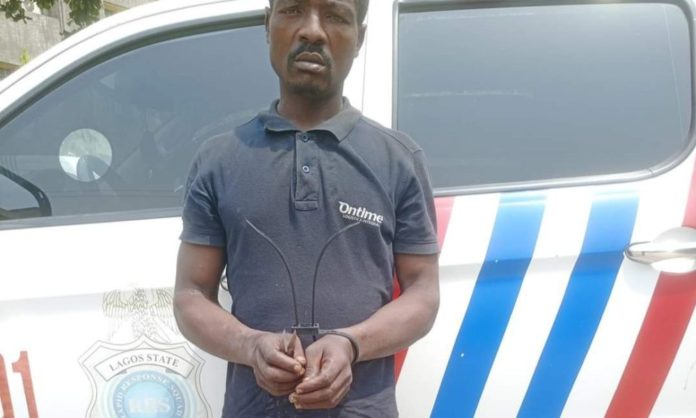 A traffic robber arrested last week by the Lagos Rapid Response Squad (RRS) has been sentenced to two years imprisonment.

The RRS, in a statement on Tuesday, said Lookman Ojo, 25, was apprehended early Friday morning at Ojota under bridge.

The convict and others were caught while dispossessing a car driver of his belongings.

In September 2021, Ojo was nabbed for traffic robbery around Alapere, inward Ogudu. He was re-arrested 2 weeks after regaining freedom.

Ojo told officers that aside from attacking occupants of expensive cars, he and colleagues rob motorists in Ojota, Mile 12 and Ketu.

“I am a bus conductor and whenever I have no bus to work with, I beg for money in traffic. We collect money from trucks carrying goods, rich men and women with flashy cars.

“Early in the morning and in the evening, many of us come to Ojota and Ketu to rob. I am not the only one. Many of us do it, we are just trying to survive”, he said.

The primary school dropout disclosed that he learnt welding for 17 years and moved to Lagos to gather money for his graduation and working tools.