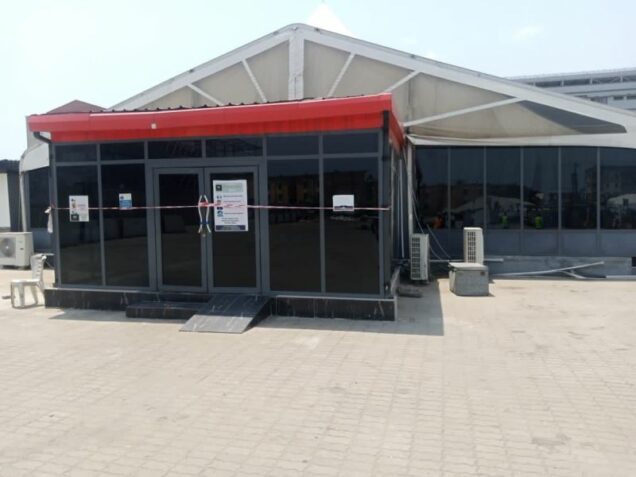 The Lagos State Government has shutdown the Havillah Event Centre, Oniru, Eti-Osa area where petrol was being distributed as souvenir.

Officials of the Lagos State Safety Commission, accompanied by the Rapid Response Squad, RRS, shut the event centre on Saturday.

The government said the event centre was shutdown for contravening public safety rules.

Also, the Lagos Commissioner of Police has ordered the arrest of culprits involved.

Earlier on Saturday, the state government said it would investigate a viral video showing petrol being distributed as souvenirs in an event centre.

Commissioner for Information and Strategy, Gbenga Omotoso, in a statement, said the attention of the Lagos State Government had been drawn to a video showing kegs of petrol being handed out as souvenirs at an Event Centre in Lagos.

“The video has gone viral on social media. There is no doubt that this action is dangerous and can lead to loss of lives and property.  It is blatantly against all safety measures in such places. The event centre shut

“The Lagos State Government, through the Safety Commission, is investigating this matter and will ensure that all parties to this reprehensible action are made to account for it.