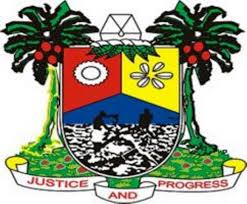 Lagos State Government has lifted the suspension earlier placed on the Removal of Abandoned Vehicles Committee (RAVC) ad-hoc operations in the state.

The Special Adviser to the Governor on Transportation , Mr. Oluwatoyin Fayinka, said the decision to lift the suspension was reached after a thorough appraisal and review of the operational guidelines of the team in accordance with the Law of the State as captured in the Traffic Sector Reform Law (TSRL) 2018.

Fayinka maintained that RAVC is now back, better and stronger having subjected some of its operatives to more professional training on the discharge of their duties in respect to the removal of stationary and abandoned vehicles on Lagos roads. He said abandoned vehicles have continued to degrade the environment and pose security and traffic impediments to road users in the State.

He said: “For the avoidance of doubt on the responsibility of the RAVC team, the creation of the Committee was mainly for the removal of stationary and abandoned vehicles parked indiscriminately on highways and inner roads across Lagos State to enhance free traffic movements for the motoring public”.

The Special Adviser also stated that thousands of vehicles are abandoned daily on highways and inner roads across Lagos State, stressing that some artisans have also turned the road to their workshop, repairing vehicles on the road, loading and unloading on roads without due consideration for other residents.

While acknowledging that several removal requests have been received from members of the public, including residents of some estates, Fayinka urged motorists to keep their vehicles off the roads in order to avoid removal by RAVC, imploring companies with a fleet of vehicles to create garages for them instead of turning roads into parking lots.

He assured that the Committee would strictly adhere to its statutory responsibility, just as he advised the general public to continue to forward requests for the removal of all abandoned or stationary vehicles in their respective areas to the Office of the Special Adviser to the Governor on Transportation, Ministry of Transportation, the Secretariat, Alausa, Ikeja.

Recall that the Removal of Abandoned Vehicles Committee (RAVC) was placed on suspension on the 27th of September, 2021, in view of the several complaints received from members of the public on the operations of some of its units.