The Lagos State government has launched a Whistle Blower Initiative with the aim of halting financial leakages and other forms of frauds and misconduct from regulators, employees, managers, consultants, vendors, directors in Ministries, Departments and Agencies (MDAs) among other stakeholders.

At the launch in Lagos, the Executive Chairman of Lagos Internal Revenue Services (LIRS), Mr. Ayodele Subair, said the initiative was geared towards abolishing the culture of keeping silence in the face of all manner of behaviour and attitude depicting fraud and misconduct.  The Initiative is called Deloitte Tip-Offs Anonymous, piloted by LIRS.

“This initiative asides from seeking to enlighten and sensitize the tax-paying public on the initiative, is hinged on the commitment of the agency and the state government to ensuring high ethical standards in all its business processes.

LIRS chairman stressed that it was on the backdrop of the agency’s unflinching commitment to upholding highest standards of transparency, integrity and accountability in its dealings and interactions with relevant stakeholders that the Lagos State Government (LASG) with the Ministry of Finance (MoF) having an oversight function, subscribed to the Deloitte Anonymous and Confidential Whistle-Blowing Facility.

“The facility is expected to promote an enabling climate for employees and other relevant stakeholders to report wrongdoings, illegal actions or financial crimes noticed and /or observed in LIRS administrative and operational activities, without fear of backlash.

“It would assist in evaluating and improving existing system and assess key practices necessary to create an effective speak-up culture. The engagement of independent assessors in this initiative is to ensure an objective and unbiased review of issues raised. It would also be used to design and build an improved system or serve as basis for internal self-assessment or external review.

“This Whistleblowing Facility would involve the reporting of acts of commission or omission that borders on unethical conduct of employees, management, and other stakeholders by an employee or other interested person(s) through designated channels to appropriate authorities. The aim of this Policy is to encourage employees and other stakeholders who have serious concern about any aspect of the Agency’s operations to come forward and voice those concerns,”

Subair stressed that the Facility is designed to ensure that concern about wrongdoing or malpractice within the Agency can be raised by any stakeholder without fear of victimisation, subsequent discrimination, disadvantage or dismissal.

He noted that the initiative does not only provide the avenue to report, but ensures credibility of reports through investigation, feedback to the whistle-blower and ensures protection for such whistle-blower from possible reprisals or victimisation for all disclosures made in good faith, adding that all concerns will be treated in confidence with efforts made towards concealing the identity of the whistle-blower if It is his or her wish.

Explaining the Initiative, a Partner at Deloitte, Reulah Adeoye, while assuring Whistle Blowers of their safety and confidentiality maintained that it is the social and civic responsibility of citizens to blow the whistle when they see or perceive a wrong doing.

Adeoye revealed that people could get started in the Whistle Blowing Action by downloading the ‘Deloitte Tip-Offs’  App from Google Play Store, and follow the instructions to lodge coLodgemen. He confirmed that the public can also use [email protected] or use the toll free lines (0800-8476337/ 0800-Tipoffs) with English, Yoruba, Igbo, Pidgin or French languages to communicate or use their website accordingly.

On his part, the Lagos State Commissioner of Finance, Rabiu Onaolapo Olowo, expressed satisfaction over the Initiative saying that such would cut off financial losses and boost its revenue base. 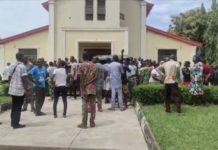 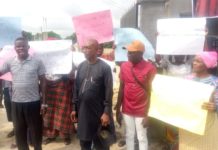 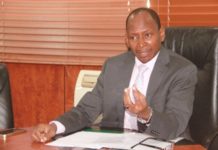 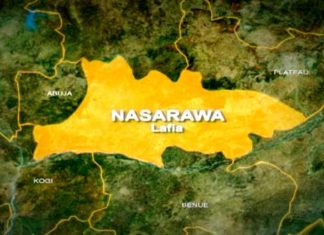