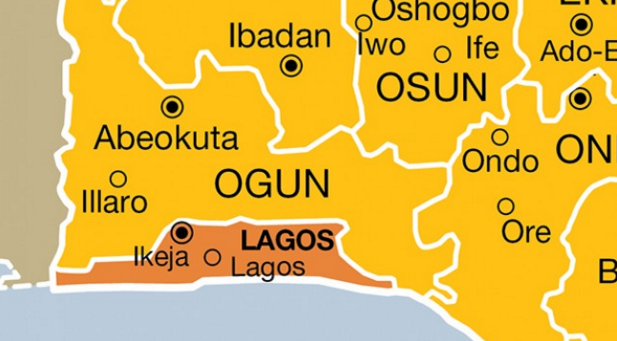 An attempt by a Lagos based estate consultant, Mr Sikiru Rasheed, to use the name of one of his friends to ward off land grabbers from a large expanse of land in the Epe area of Lagos State has taken a new turn as a Lagos High Court has ordered for the arrest of the friend.

The estate consultant described the order as mistaken identity, adding that his ( Sikiru) name should have appeared on the order instead of that of his friend

Sikiru, while speaking with newsmen absolved Alhaji Ganiu Owoeye of any involvement in the land deals and that he only wrote his name on a signboard, which was erected on the land to scare land grabbers .”

A Lagos High Court, sitting in Epe had in an enrollment order dated 7th February 2022, ordered the police to arrest the owner of Rasby Global Concept and added the name of Ganiu Owoeye as the owner of the company.

Mr Sikiru narrated: “I am Alhaji Sikiru Rasheed and I am the owner of Rasby Global Concept. I am also the owner of the two phone numbers in the order. The problem there is that instead of the order to bear my name, it bears the name of my friend, Alhaji Owoeye, who has nothing to do with the land ”

Though he claimed that he could not immediately understand the reason for the order until a copy was sent to him.

The estate agent narrated: “Sometime between April and May last year, a surveyor, Tope Bajepade, approached me and said that he had some acres of land for sale at Oke Egun area of Lugbasa in Epe.

“Then, I didn’t have enough cash with me and he agreed to collect some vehicles in exchange for six acres of land. I gave him three vehicles: a Range Rover and two Lexus SUV s worth about N40,000,000 and he gave me a receipt for the land. We also signed a Deed of Assignment too.

“I took possession of the land and erected a signpost bearing the name of my company, Rasby Global Concept, and my phone number on the land.

“Because I wanted to scare the surveyor from reselling the land and to also scare land grabbers. I also dropped the name of one of my friends, Alhaji Ganiu Owoeye, on the signpost.

“He (Owoeye) has his own company and I have mine. He is not in any way involved in the Epe land. I am not even aware of any litigation on that land and I have never been served any court process.”

The surveyor also admitted to having sold the land to Rasby Global Concept and denied being aware of any litigation on the land.

“I am the surveyor to the Lugbasa family. I was the one who surveyed the land for them and they gave me some plots as my share for the job,” he said.

“At a time last year, I needed money to finish the job and when there was nowhere to get money,I contacted Rasby Global Concept and sold parts of my land to him.

“At the time that I sold the land to him, I was not aware of any court case because they said that they were doing the case in Ikorodu then. They just moved it to Epe and the judge has not delivered any judgement.

“That was not the only signpost on the land. Some unscrupulous people just took advantage to create confusion.”