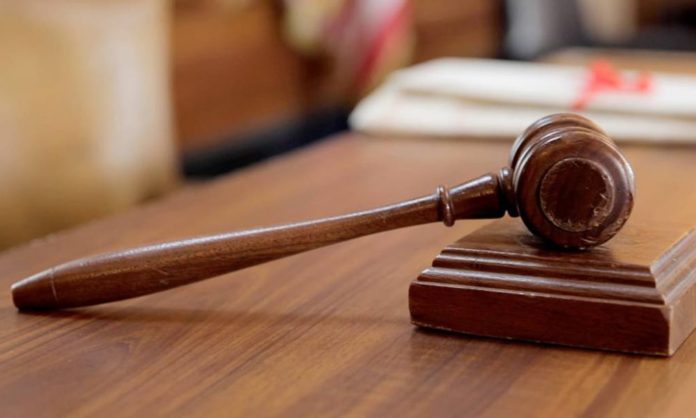 A chieftain of All Progressives Congress (APC) in Ijede Local Government Development Area , (LCDA), Lagos State, Mr Oluwatosin Onamade who was docked before the Federal High Court, Lagos over alleged offensive publication, has been granted bail by the court.

Justice Ayokunle Faji ordered Onamade who was a Chairmanship aspirant for his LCDA during the last last local government election in the state to continue on the administrative bail earlier granted to him by the police.

The trial judge gave the order after Onamade had pleaded not guilty to the two counts charge filed against him by the police.

When the matter came up for hearing, the prosecutor Mr Victor . I. Okoye told justice Faji that he has a two-count charge and pleaded with the court to allow the charge to be read to the defendant so that he can take his plea.

The charge was read and the defendant pleaded not guilty, Justice Faji after listening to arguement on the health status of Onamade from both counsel, ordered his release to his counsel pending the hearing and determination of his bail summon .

The judge also ordered that Onamade should continue to enjoy the administrative bail earlier granted to him by the police.

Consequently, Justice Faji adjourned the matter till 8th of March ,2022 for hearing of the defendant’s bail application.

According to the two counts charge filed by the Police, in charge number FHC/L/320c/2021, Oluwatosin Onamade a member of the All Progressive Congress from the Ijede LCDA and also a former Chairmanship aspirant in the local council Development Area during the last local government election in Lagos State, was alleged to have sometimes in May 3021 in Lagos within the jurisdiction of the honourable court did commit an illegal act to wit; intentionally circulating a grossly offensive publication through his Facebook/Instagram handle which he knew to be false for the purpose of causing insult to one Honourable Fatiu Salisu a former Chairman of Ijede LCDA by accusing him of the murder of late Tony Godfrey, thereby committed an offence punishable under section 24 of the Cyber Crime Act , 2015.

Count two of the charge also reads that , Oluwatosin Onamade sometimes in May 2021 in Lagos within the jurisdiction of the honourable court knowinly caused the transmission of communication through his WhatsApp to harass one honourable Fatiu Salisu ,Ijede LCDA Chairman by falsely alleging that he sponsored the attack at Western Funeral Home Limited office and murder of late Tony Godfrey , thereby committed an offence punishable under Section 24 (2) (a) of the Cybercrime.