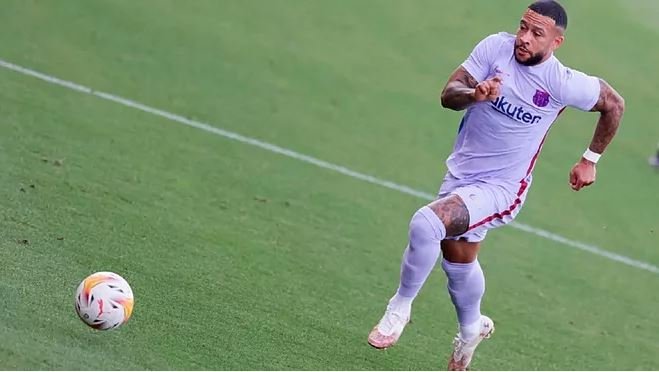 Barcelona were given a torrid time by Athletic Bilbao but escaped from their trip to San Mames with a point as Memphis Depay’s superb late strike secured a 1-1 draw for the Catalans on Saturday.

Depay found the net with a fine left-foot half-volley 15 minutes from time in the Basque Country for his first goal in La Liga since moving to Barcelona from Lyon.

Ronald Koeman’s side had impressed in their first match of the post-Lionel Messi era as they beat Real Sociedad 4-2 last weekend, but they were fortunate to escape with a point from this game.

It was a difficult night for their defence in particular, with Gerard Pique coming off after half an hour and Eric Garcia being sent off in stoppage time for bringing down Inaki Williams.

Former Manchester City defender Garcia reportedly received news of his grandfather’s death just before the match and struggled throughout the 90 minutes, allowing Inigo Martinez to get away from him to head in the opener early in the second half.