The conference with theme, “Just Energy Transition: For oil and gas workers social welfare and security” was attended by the Minister of Labour and Employment Dr Chris Ngige, who was represented by the President of the Nigerian Labour Congress Ayuba Wabba; Governor of Delta State who was represented by his Deputy Kingsley Otuaru and the Group Executive Director (Upstream), NNPC Ltd, Adokiye Tombomieye among other senior government officials.

Crude oil theft has been having a negative impact on the revenue of the Federal Government, a worrisome development that is denying the country the much-needed funding to boost economic development.

Apart from loss of revenue, oil theft is currently threatening not only the NNPC’s quest for energy security for the country, but also leaving a debilitating effect on Nigeria’s  foriegn exchange earnings.

A report recently released at a meeting on crude oil theft between the Nigerian Upstream Petroleum Regulatory Commission and Oil Producers Trade Section, as well as the Independent Petroleum Producers Group, showed that between January 2021 and February 2022, Nigeria lost a whopping of $3.2billion to crude oil theft.

The report revealed that oil theft rose significantly between 2021 and 2022, with over 90 per cent of total crude produced at the Bonny Terminal stolen as at January 2022.

Speaking on the development, the NNPC GMD told participants at the NUPENG conference had observed  that the impact of pipeline vandalism has reduced the capacity of the country to meet its production quota.

He lamented that currently, Nigeria is producing less than 1.5 million barrels per day of crude oil.

Kyari said as major stakeholders in the oil and gas business, that it was high time NUPENG and NARTO collaborate with the NNPC to bring the issue of crude oil theft to an end.

He said, “You can see the short trouble that we have and what it has caused all of us. But more than this comrades, our local industry is terribly challenged and you may be aware, we have seen vandals activities around our areas of operations not just  in the Niger Delta but across other corridors of product supply.

“Activities of oil thieves that has gotten to a limit that we haven’t seen before almost bringing this industry to its knees today.

“As we speak now, our total production is less than 1.5 million barrels per day. This no doubt this will affect the investing companies, as many of them may not have the resources to continue to invest and therefore making more sustainable employment creation a challenge.

“That is why all of us must practically come together to see how we can contain it. There is so much going on now. We are leading  a process to ensure that we intervene in the security matter.

“We want to ensure that everybody is involved so that ultimately we are able to get back this industry to avoid a total collapse, otherwise, we  will not be talking about employment and this is the reality we are facing today.

“You are very critical in stopping some of the situations today because when people steal products and they convert them to diesel, they will use your trucks to bring them into the country. 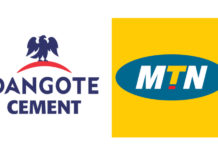 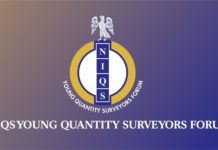