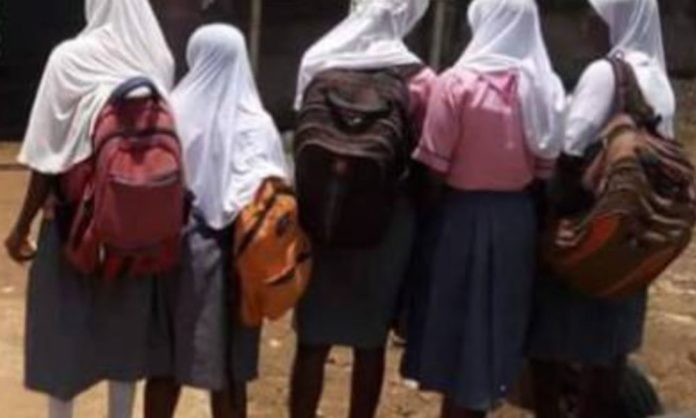 The Muslim Ummah in Kwara State has warned the state government not to deny the people of the state their fundamental human rights of wearing hijab in public schools in the state.

The Muslim community on Monday insisted that denying the people of fundamental rights because of pressures from some quarters would be counter-productive.

However, the Ummah asked the government to be more pro-active in enforcement of law and order in the state.

They were reacting to a press statement credited to one Rev. James Adewuyi that Kwara should adopt the method of Oyo State, where parents are allowed to take their children to schools where hijab is allowed.

A statement made available to our correspondent in Abuja by the Kwara State Muslim Stakeholders, which is an arm of the Ummah, said Adewuyi’s suggestion “is based on ignorance as hijab is no longer a contentious issue as several superior courts of record have ruled in its favour in Kwara, Osun and Lagos States – to mention a few.”

The statement, signed by the chairman of the Kwara State Muslim Stakrholders, Alhaji Is-haq Abdulkarim, therefore maintained that the state government must enforce its lawful order of optional wearing hijab in all public schools as contained in its circular issued since March last year.

It condemned the recent criminal acts of killing and maiming of innocent students and parents in Ijagbo and called on the government not only to ignore advice of the clergyman, but to fish-out the criminals that unleashed mayhem on the people at Oyun Baptist High School, Ijagbo, on Thursday, February, 3 2022 and get them prosecuted.

The Ummah said “it was unfortunate that the state government allowed some criminals to take-over a public school for three weeks where female Muslim students were denied access to their school and the school was not shut until life was lost and people were maimed.”

It called for compensation for the life of 25 year-old Habib Idris who was killed and immediate compensation as well for those wounded and are being treated in various hospitals in Offa and Oyun Local Government Areas.

‘”In any civilised society, once there has been court judgement on any particular matter, there must not be violations; what is happening in Kwara State shows weakness of the government in dealing with the matter of fundamental human rights of citizens and enforcement of law and order,” the Ummah stated.

It also accused the Police of “bias, incompetence and dereliction of duty where the security agents colluded with the criminals to turn students back home illegally and watching harmlessly without arresting criminals that were matcheting them on the day ‘hell was let loose.”