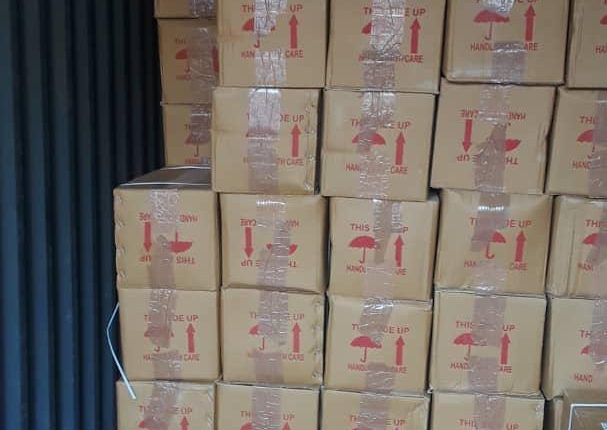 Customs Area Controller of the Command Hammi Swomen disclosed to newsmen in Lagos, said that the drugs were discovered in two 40 foot containers were falsely declared as hot pot for cooking.

He said the seizures were a product of intelligence gathering shared between the service and other sister agencies including the National Drug Law Enforcement Agency (NDLEA), National Agency for Food Drug Administration and Control (NAFDAC) and other agencies.

“Here we have cough syrup containing codeine and other pharmaceuticals such as the drug called ‘Hydera,’ which is equivalent to Viagra. As you are witnesses to the security challenges we are facing in this country and you are aware of the link between drugs abuse and the ongoing security challenges.

“We have been on the trail of this importer for a while and we are happy that we have been able to effect this. So these are overtime containers that we have been profiling for a while. No declaration has been made so far. Now we have a total of 2,875 cartons of cough syrup containing codeine, 383 cartons of Viagra and 99 cartons of manual blenders. What was manifested was a different item entirely,” he said.

According to him, what was manifested was hot pots, which were like a food flask, adding that the items were not only false declarations but also the importation of prohibited and restricted items.

He said no arrest has been made and efforts are on to track down the perpetrators of the illegal importation up till now, adding that investigation is still ongoing on the illicit items.