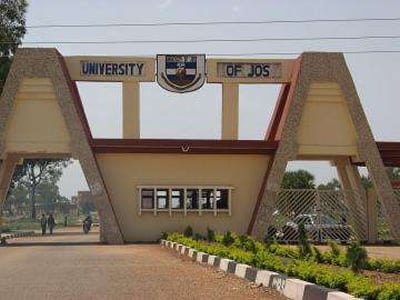 The Academic Staff Union of Universities has advised the Federal Government to secure the University of Jos against attacks and killing of its staff and students before the next reopening of the school.

The Union made the request in a statement on Sunday following a security breach in Jos and other parts of Plateau state leading to the killing of some students, a development which forced the University to shut down the institution Until further notice.

The statement which was signed by the ASUU chairman, University of Jos, Dr Lazarus Maigoro,
observed that some of the immediate environments to the University have become hostile to the University community that students and staff are targeted and killed rather than protected from hoodlums.

The ASUU chairman said, “Our Union continues to scratch its head, to understand how the university community is always at the receiving end of the crisis in Jos. Despite all the provocation, we have continued to offer community service to all, irrespective of religion, culture, and tribe.

“The university administration has over the years made overtures to neighboring communities in terms of undergraduate admissions and staff employment, yet our students and staff are killed at the slightest provocation, no matter how far the epicenter of the crisis from the university.

The most recent is the crisis that occurred on Saturday 15th August 2021 and spread to other parts of Jos. The University is a citadel of learning where every category of individual works regardless of ethnic and religious affiliations and as a result, whenever, there is any security breach in town, this citadel of learning should not by any means be affected.

“But sadly, as soon as crisis situation erupts in any part of the town, the University students and staff suddenly become targets for assassination and butchery by residents of the immediate environment.

“It is rather unfortunate to note that some of these attacks on the University community are coming from residents of encroached University lands, operators of and others who besiege the University arena to sell their goods and patronized by the same staff and students as their means of economic livelihood but turn back and kill them at the slightest opportunity.

“As I speak now, I can say authoritatively that three students have lost their lives, two more are on admission at the Bingham University Teaching hospital due to injuries sustained when they were attacked and there is no guarantee that we may not be confronted with more statistics as the days roll by.

“The on-going examinations has been suspended and the students have been asked to go home thereby abruptly distabilising the semester and the academic session at large. This equally means longer stay in school for the students in the face of harsh economic realities in the country. As teachers to these students, our hearts are bleeding because they are our children and no father would like to see his child being killed because he went to University to acquire a degree.

“ASUU is a union that cares about the safety of the lives of her students and staff to ensure confidence in the discharge of their duties. We lack words strong enough to condemn this barbaric act.

“The responsibility to secure lives and property squarely rests on the shoulders of government. This is very closely related to justice and we call on the government to ensure justice is done to all communities that have been affected. Failure to do so will only lead us to a greater and vicious cycle of violence through reprisal attacks.

“We are also calling on government to provide a very strong security presence around the University of Jos community and the routes to the University because when the same thing happened in 2018 where we lost staff and two students, our union raised concerns and we were told that adequate security measures would be put in place to mitigate further occurrences but ALAS, here we are again, with more lives lost.

“It is clear that the security personnel have not displayed the kind of swift response we witnessed in arresting some suspects of the Rukuba road attack in relation to the University of Jos situation at all. We will like to remind the government that ALL LIVES MATTER. Each time these security breaches occur and the lives of staff and students of the University of Jos are lost, no one is ever arrested.

“In conclusion, we would like to pose some questions that must be answered to avert further occurrences: why didn’t government and the security outfits prepare when it was clear that burials of people that were massacred were about to take place? Why didn’t the authorities ensure the safety of our staff and students? What assurances do we have that the “town and gown” idea of the University will be preserved? It is critical that these issues are clearly settled if academic activities in the university are to resume in peace and unity.”