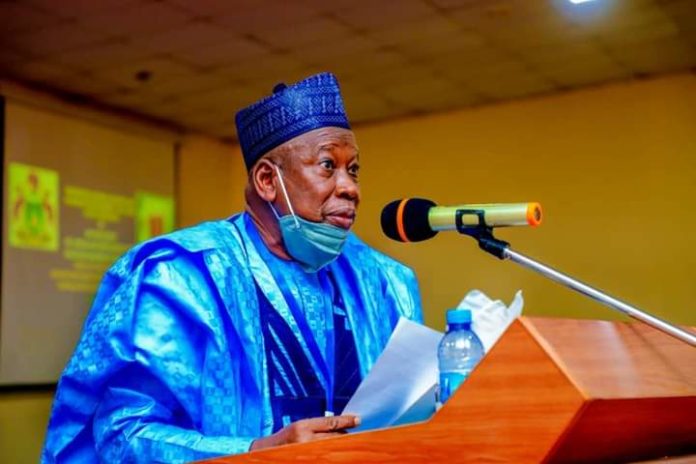 The Kano state government it will be using a mandatory insurance policy as a foreign investment magnet, stressing that a cemented insurance culture remains sufficient assurance that investors’ investments were safe.

The Secretary to the Kano State Government, Alhaji Usman Alhaji, who represented the State Governor, Dr. Abudullahi Umar Ganduje made the disclosure in Abuja Thursday at a three-day retreat for members of the Technical Committee on implementation of Third Party Liability and other Insurances in Kano State.

Alhaji Usman Alhaji told journalists that the Kano state “government is exploring and promoting insurance culture in the state to, among others, encourage Foreign Direct Investment (FDI). In the long run, they (investors) will have to be insured as well and that will give them the safety required in case of any eventuality”.

The compulsory insurance policy adopted by Kano state government he said “is deliberate because we know that in the long run, we stand to mutually benefit: the insurance companies; the State government and the people of Kano.”

The Kano State Government Secretary added that the compulsory insurance policy was adopted by the state government in its quest “to make Kano a better state, develop economically and move to the next level”.

He said the policy will guarantee “the protection of the people of the state and their businesses, by ensuring they are insured and in the event of any eventuality, they can get relief”.

The policy he noted will also “ensure that we raise our internally generated revenue, so that we can continue to deploy it into other sectors of development as well as help government fulfil its number one obligation which is protecting the life and property of our people” he said.

“In the event of any unfortunate circumstance then we know that we will have taken the necessary steps to get relief for the families of people and of course, owners of businesses.”

In his remarks, the Commissioner for Insurance and Chief Executive Officer of National Insurance Commission (NAICOM), Mr Sunday Thomas, said that the steps taken by the Kano state government over insurance was a testament that insurance could indeed thrive anywhere in Nigeria.

He said that the objective of the retreat was to equip members of the committee with requisite information and knowledge to enable them maximize opportunities that would help grow and develop insurance culture amongst Kano state citizens.

Thomas stated that the Kano state insurance policy would help the state “generate more revenue and serve as social protection mechanism that would assist both government and citizens in the event of any disaster”.

The mandatory insurances that would be enforced in the state he said would be “the third-party motto insurance covers in respect of all mechanically propelled vehicles that ply public roads”.

“The liability insurance cover in respect of all buildings under construction that are more than two floors.

“Also, all public buildings and these include schools, offices, hotels, hospitals, market shops, shopping malls, and all of that.

“Professional indemnity for all medical practitioners and hospitals in Kano state.

“Group Life Insurance for all employers of labour that employ more than three persons and annuity for retirees as provided under the pension reform act as an option.”

“As one of the leading commercial nerve centres in our country, with huge population and business potential, the adoption and enforcement of these compulsory insurances will no doubt boost insurance premium income in the country.

“It will create thousands of employment opportunities in the state, improve standard of living of the people and increase the state’s internally generated revenue.”

Thomas, however stated that beyond the compulsory classes of insurance, the committee would be educated on the need to appreciate and exploit the benefits of insurance by encouraging individuals or corporate entities within the state to embrace other non-mandatory insurances.

“These are either through Takaful insurance otherwise known as Islamic insurance or Micro insurance which caters for the low-income earners who constitute larger percentage of the population and businesses.

“This will enable an all-inclusive approach to the drive for insurance uptake that will address most of the sentiments against insurance in our society.