Spurs forward Harry Kane opened the scoresheet with two goals in the second half, in the 48th and 53rd minutes respectively, with Matt Doherty scoring a third, 68′, and Son Hueng-Min putting in a fourth in the 72nd minute.

Patrick Vierra’s side managed to hold Spurs in a goalless draw in the first half of the game but found it difficult to keep up in the second half, with Tottenham’s goals coming back-to-back in quick succession.

Spurs now have 33 points and sit in fifth place on the league table, while Crystal Palace are 12th with 22 points. 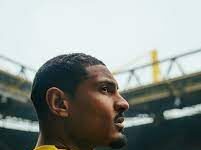