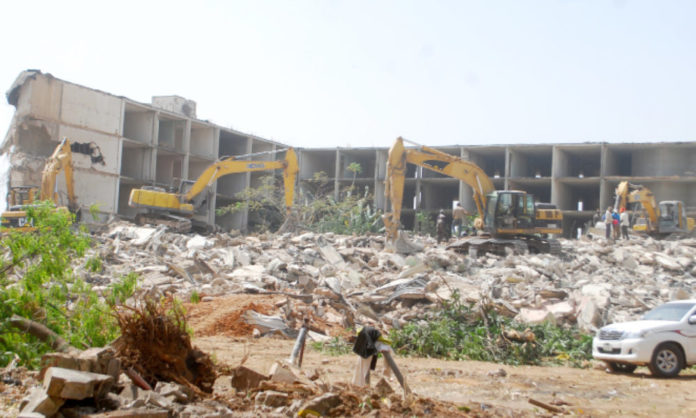 A Kaduna State High Court has fixed April 4 for proof of case in the suit by Durbar Hotel Plc against the Kaduna State Government over alleged illegal demolition of the property by the governor, Nasir El-Rufai.

Justice Hannatu Balogun fixed the date for the proof of the case by the owners of the Durbar hotel.

This was even as three Senior Advocates of Nigeria (SAN) and seven lawyers team up to secure the hotel for the Abacha family.

The hotel, owned by the family of the late Head of State, General Sani Abacha, had filed a suit over alleged plans by the State government to take over the property despite pending appeal on the matter at the Supreme Court, which the state government filed challenging the verdicts of lower courts.

When the case came up on Thursday, counsel to the defendants, Mustapha AU, SAN, represented by Sule Umar told the court that the defendants have filed a case of change of counsel and, “We are asking for a new date because we are already working on the defence”.

However, the lead counsel to the Durbar hotel owners, Dr Reuben Atabo, SAN, expressed worry about the energy being wasted by the defendants for proposing an appeal on a matter that has been on for the past two years instead of putting up the defence.

“But we are ready to prove our case by next sitting even if the defence is not ready”. Atabo told Court.

Other Senior Advocates of Nigeria (SAN) teaming up with the lead counsel on the matter include Samuel Katung and Johnson Usman.

The hotel situated in a choice area at Muhammadu Buhari Way (WAFF road) is demanding a declaration that it is the titleholder of the parcel of land measuring about 5.378 hectares and covered by Kaduna State certificate of occupancy No 17789, Kaduna North local government area.

A declaration that the demolition of the plaintiff’s property situates and lying at General Certificate of Occupancy of 7th May 1990 by the Kaduna State government is unconstitutional, illegal, null, and void.

The hotel is also asking the court for an order of injunction restraining the defendants, their agents, servants, privies, and whosoever from transferring, assigning or selling in any way part of the property.