The Joint Health Sector Union (JOHESU) has called on the Head of Civil Service of the Federation (HOCSF) to slam commensurate sanctions on chief medical directors (CMDs) and medical directors (MDs) of federal health institutions (FHIs) in Nigeria, alleging sabotage of constituted directives.

In a statement signed by the acting national secretary of JOHESU, Mr. M.O. Ajorutu, the group accused CMDs and MDs of FHIs of continuous and undisguised oppression against health workers by disrupting their (pharmacists’) post-graduate specialty and skill acquisition endeavours.

According to JOHESU’s secretary, all the CEOs of FHIs, with the backing of the Federal Ministry of Health, have sabotaged the residency training circular of resident pharmacists, but the few FHIs that allow resident training for pharmacists, charge them exorbitant fees, contrary to the enabling circulars that provided for the use of all FHIs in the country as training facilities for resident pharmacists in training at the West African Postgraduate College of Pharmacists (WAPCP), approved in 2015 under the leadership of the permanent secretary, Linus Awute.

Ajorutu disclosed that, after 11 years, the National Council on Establishment had endorsed a consultant pharmacist cadre, in alliance with the committee of CMDs and MDs of the FHIs have sabotaged the circular, which prescribes that graduates of the WAPCP in the directorate cadre from CONHESS 13 to 15 be recognised as consultant pharmacists in the public service.

“It is noteworthy that the permanent secretary, FMoH, in a letter, Ref. no. FMH/FDS/CSPTH/1/77 dated, March 18, 2021, issued an internal circular to all heads of departments, FHIs, agencies/parastatals and regulatory bodies directing immediate implementation of the approved scheme, a circular that has continually been flouted by the CMDs and MDs of the FHIs.

“In yet another internal circular, Ref. No. FMH/FDS/CSPTH/1/95 dated August 2, 2021 while citing precedents in the creation of cadres in civil service, the FMoH cleared the mode of application for the implementation of the consultant pharmacists’ cadre.  It hinged this on the Fellow of the WAPCP for officers already in the directorate cadre or the equivalent of GL 15 and above stating without ambiguity that such officers shall transit to the corresponding grade level as consultant without stepping down any grade.”

“It is apparent that some key chieftains of the FMoH have colluded with the CEOs of the FHIs to attempt to jeopardize the pharmacists cadre. Government apathy and refusal to impose sanctions on the reckless attitude of the CMDs amounts to promoting indiscipline in the service as well as a clear usurpation of the collective authorization, rights and privileges of Pharmacists and the generality of all health workers in Nigeria.”

“We sound a note of caution again that the CMDs and MDs are employees of the Federal Government who should not be allowed to truncate the rights of other employees. They are neither employers of labour, regulatory bodies nor autonomous organs of government which dictates what the benefit packages of any group of stakeholders in the health sector should or should not be in arithmetical or other known measures.”

Aggrieved JOHESU called on HOCSF to uphold the mode of implementation, clearly and unambiguously documented in the circular Ref. No. FMH/FDS/CSPTH/1/95 of August 2, 2021, which spelt in clear terms the mode of applicability and full implementation of the consultant pharmacists cadre in Nigeria.

All other pharmacists in the rank of chief pharmacists and below who pass the part II final examinations of the WAPCP will simply advance to the directorate cadre subsequently. All CMDs and MDs who refuse to implement this circular violate the Public Service Rules (PSR), hence the sanctions for erring conduct.

“The HOCSF is enjoined to invoke PSR 030301 against all the CMDs and MDs in FHIs immediately so as not to continue to set this ungodly precedence of indiscipline and recklessness in service protocol.

“The incentive for the various aberrations at the FHIs is catalysed by the apparent action/ inactions of the federal government to deal decisively with obvious aberrations perpetrated by the CMDs and MDs of the concerned FHIs.” 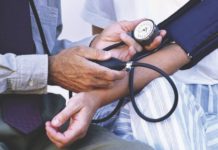 Hypertension: Home remedies to the rescue 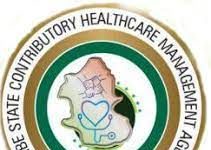