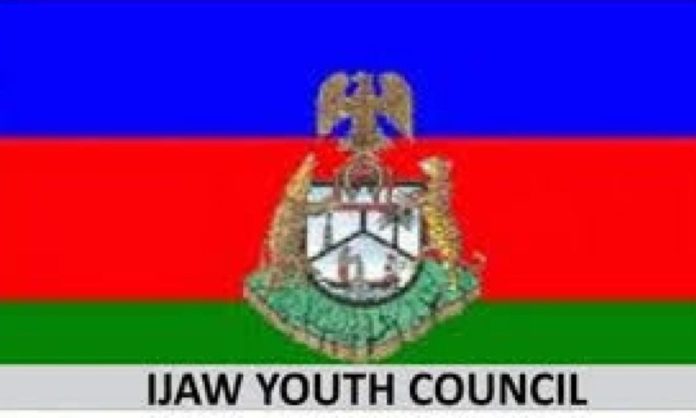 The leadership of Ijaw Youths Council (IYC) Worldwide, has raised the alarm over an alleged plot to set parts of the Niger Delta Development Commission (NDDC), headquarters ablaze by some mischievous elements to cover up their financial misdeeds.

The IYC, had earlier alleged that the Minister of Niger Delta Affairs, Godswill Akpabio, in connivance with others have engaged in acts of forgery and illegal payment of N20bn to ghost contractors for the fictitious contract of distilling purportedly awarded by the NDDC.

However, the NDDC, in a swift reaction, denied paying any N20 billion naira to any ghost contractor or any one for that matter as alleged by the group.

NDDC, through the Director, Corporate Affairs, Dr. Ibitoye Abosede, said the call by the youths for the probe of monies that were never spent by the commission is not only laughable but most unfortunate.

“The public is hereby put on notice, that these spurious lies are being masterminded, fabricated and orchestrated by persons who are positioning their relatives and associates for ultimate appointment into the board of the NDDC,” Abosede had said.

But the IYC insisted on an independent investigation into its allegations that the NDDC paid N20bn to ghost contractors for fictitious contracts.

The IYC described as watery the NDDC’s reaction to its allegation that the commission under the supervision of the Niger Delta Affairs Ministry, Senator Godswill Akpabio made the payment using forged signatures of a former acting Managing Director of NDDC, Prof. Brambaifa and a former Executive Director, Project, Samuel Ajugbe.

The IYC in a statement signed and sent to DAILY POST by its Spokesperson, Ebilade Ekerefe, said the probe should also include its allegations that 60 per cent of the N20bn paid out illegally by the NDDC was moved to Abuja through the bureau de change.

Ekerefe said the financial sleaze currently rocking the NDDC was of monumental proportion surpassing similar underhand dealings that led to the initiation of the forensic audit of the commission.

He said: “We are insisting on an independent investigation into the financial activities of the NDDC in the last one year despite the weak and desperate denial by the commission.”

Ekerefe said though the IYC was not shocked by the response signed by the commission’s Director, Corporate Affairs of the NDDC, Abosede, the council was amused that NDDC failed to recognize the IYC as a key stakeholder in the Niger Delta region.

He said: “We are also amused that the NDDC was silent on the reasons behind its failure to pay money owed to aggrieved local contractors, who had completed their jobs.

“IYC is a civil rights organization in Nigeria, founded in 1998, which supports the interests of the Ijaw ethnic group of the Niger Delta. We are neither a political group nor being sponsored by anyone.

“We are no longer worried by the weak claims and attempts to blackmail and divide the IYC by Minister Akapabio and the Interim Administrator, Akwa Effiong. When Minister Akpabio pleaded and met with us in Abuja over agitations on the development of the region, we were not ‘one ijaw group’.”

Ekerefe said it was regrettable that after all the protests and agitations for the constitution of the substantive board of the NDDC had fallen into the deaf ears of President Muhammadu Buhari.

“We will continue to agitate for the constitution of a substantive board because it is the right thing to do. Despite the name-calling by the NDDC, the IYC will not relent in monitoring the activities of the existing illegal Interim Management of the commission and reporting our findings to members of the public.

“We, therefore, insist that the Economic and Financial Crime Commission (EFCC) visit the commission and scrutinize the books from November, 2021 to February, 2022. We insist that both Minister Godswill Akpabio and Akwa Effiong be asked to step aside and allow such investigation to take place.

“We are also using this opportunity to alert the general public of the plot to set ablaze the headquarters of the commission in a desperate attempt to cover up the financial crime committed within the commission against the Niger Delta people.

“Already we are aware that in order to set the stage for such arson, they have started making false claims of threats by some groups to blow up the NDDC headquarters.

“We call on the security apparatus to be on full alert to stop those involved in the financial misdeed within the commission from burning the only legacy achieved under a dishonest Niger Delta Affairs Minister, Godswill Akpabio.

“Once again, we want the people of the Niger Delta region to know that the IYC is not intimidated by the lies and conspiracies from the Minister of Niger Delta and his cohorts.”