The Ambassador of the Republic of Korea to Nigeria, Kim Young-Chae, has said it is not appropriate inviting foreign mercenaries to fight Boko Haram, Banditry and kidnapping in the country.

Kim who spoke with Daily Sun in Abuja, said the insecurity bedevilling the country is an internal problem of the country and a primary responsibility of the Nigerian Government and its people.

The South Korean envoy further said Boko Haram and other terrorist issues have to be resolved as soon as possible, saying that terrorist activities affect very negatively, foreign investment in the country.

Korea is just coming out of an election, with Yoon Suk-Yeol of the Conservative People Power Party (PPP) as president-elect. What does this signify for South Korea as the opposition party mounts the saddle?

It means that democracy in Korea is fully established and the losing candidate graciously accepted his defeat. And you know the winning candidate made a very gracious gesture for the reconciliation harmony and it is multi culture in the political competition. So, the whole election process has been very free and fair without any violence, which means that the Korean voters are also very much. Almost half of the people voted for one candidate and the other half voted for the other candidate. But all the people accepted the result irrespective of their preferences. Korean voters are much, so the election process is very clear in general. So, I am proud in that regard.

So, the people of Korea are happy with the election?

Of course, of course! You know election process is difficult in any country. So, we encountered many challenges. But we have overcome all our challenges without any violence and all the people accepted the election result.

What does the election mean to the rest of the world, particularly friends of the Republic of Korea such as Nigeria?

Recently, we have seen some military coup d’états in some countries in Africa. It is interpreted as a setback for democracy. Nigeria has led African countries, especially in ECOWAS for the return to democracy in some African countries. Korea also used to be a very authoritarian government, but we made alteration for democracy like Nigeria did. So, we are making progress in the area of democracy. Korea is exemplar of economic development. Here, I want to emphasise that Korea is one of the best examples of political democracy as well.

What role is South Korea going to play globally under the leadership of President-Elect Yoon?

In terms of United Nations contribution, Korea is ninth in the world – ninth highest paying to the United Nations. In this sense, Korea is already a major country in the global economy, global political affairs, global diplomacy, in soft power like movie, music, et cetera. So, based on that Korea’s global standing, the president-elect will try to do more with African countries. Maybe, it is my personal hope; maybe we can develop specific diplomatic projects with African countries, including Nigeria.

Yesterday, the president-elect made a speech to the Korean people. He mentioned the need to have a country, region’s specific foreign policy. So, in that regard, I expect the new president will think about how to further enhance our bilateral relations and widely, with Africa as well.

The Russia-Ukraine crisis is still raging: Where does Korea stand?

Our government basic position is that the conflict should be resolved peacefully, this fighting based on international law. So, we support rule-based international order. It has never happened before. Invading another country is wrong. That is the basic fact. We are already donating some money for humanitarian purpose. There are many refugees. I think we have sent more than $10 million already to Ukraine. Some Korean companies like Samsung have already donated huge amount of money for humanitarian purpose and not for military equipment. So, we want to see the situation resolved as soon as possible because the longer it stays, the more people will suffer.

How far with the outcome of the visit of the South Korea Vice Minister to Nigeria last year?

It was also quite successful. He met the Minister of Transportation; he met the Minister of State, Foreign Affairs and the head of bilateral consultations. It was quite good. After his visit, we had a joint commission in Seol, thanks to that visit. We were able to have a joint commission in Seol last year and that was the beginning of the resolution of LADOL and Samsung conflict.

How is Korea and Nigeria deepening people-to-people ties, particularly in the field of commerce, education and cultural exchanges?

As I explained to you, we want to see more business partnerships between Nigerian companies and Korea companies. That is the way we can further enhance our economic relations.

In the area of culture, we have a Korean Cultural Centre. Frankly speaking, Nigeria doesn’t have a cultural centre in Korea.

So, we are investing more in Nigeria. Culture should be two ways. It costs a lot of money to maintain a cultural centre. I understand Nigerian Government’s situation to save budget. It is fully understandable. But we are here and we spend money. Yesterday (Wednesday), we had a huge exhibition here and it was a very great event, very fantastic and the setting was beautiful.

What is the current volume of trade?

Is Korea happy with the pace of development in Nigeria?

Personally, I want to see more development, especially in the area of peace and security. We have security issues in Nigeria. So, we have to resolve Boko Haram and other terrorist issues as soon as possible, which affect very negatively, about foreign investment in Nigeria. So, we have to resolve those issues. Of course, we also need to find ways to boost youth employment. Not many jobs for young people. I think manufacturing agri business and soft power like movie, et cetera, have great potentials.

Why has South Korea not come out to help Nigeria to flush out Boko Haram, tackle banditry and kidnapping in the country?

Basically, it is Nigeria’s internal problem. Basically! So, let’s say you have a fight with your wife, then if I enter your house and try to resolve dispute between you and your wife, is it the correct way? You have to solve your problem by yourself. Basically, the internal problem inside Nigeria is a Nigerian Government and people’s responsibility. But on the side way, we can chip in some small help, but the main responsibility belongs to the Nigerian Government and people. Let’s say if the American military come here and they try to get rid of Boko Haram, do you think Nigerians should feel happy?

Some people have been calling for foreign support in the area of fighting insecurity, particularly Boko Haram, banditry and kidnapping. Are you saying it is not necessary?

Ask your government officials, why don’t you bring in US military, French military, and German military in Nigeria so that they fight Boko Haram? Ask your politicians, not me.

How do you think Nigeria can put an end to insecurity in the country?

I think it should be cooperation between the government and people, but at the same time, the Nigerian Government needs to cooperate with neighbouring countries like Chad, Mali, Cameroon people where the bandits and terrorists come and go so that it is typical to catch them. So, there is need to have regional cooperation. Of course, we need to have international cooperation, but that is a minor section.

The major portion is cooperation between the Nigerian Government and the Nigerian people so that they can fight the terrorists, et cetera. That is the first priority. The second priority is to cooperate with neighbouring countries to protect the border line in order to prevent terrorists from entering Nigeria.

Other countries have been supporting Nigeria in terms of military training and the training of police. Do you have such cooperation with Nigeria? 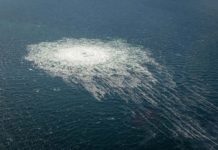 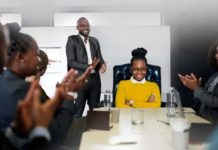 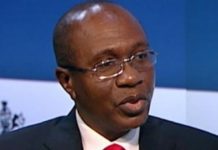