The comments came as talks continued for a third day on Saturday with few expecting a breakthrough compromise while Tehran’s disputed uranium enrichment programme surges forward.

“Hossein Amirabdollahian… stressed the need for a realistic U.S. response to Iran’s constructive proposals on various issues to make the deal work,” state media reported, without providing details on the proposals.

Little remains of the 2015 pact between Iran and the United States, Britain, France, Germany, Russia and China, which lifted sanctions against Tehran in exchange for curbs on Iranian enrichment activity the West fears could yield atomic bombs.

In 2018, then-U.S. President Donald Trump ditched the deal and reimposed harsh sanctions. In response, Tehran – which says its nuclear programme is for power generation and other peaceful purposes – breached the agreement in several ways including rebuilding stocks of enriched uranium.

Iranian media suggested a sticking point in the talks to revive the pact may be over Iran’s refusal to address alleged unexplained uranium traces as demanded by the U.N. nuclear watchdog (IAEA), with Tehran insisting that the nuclear deal had cleared its nuclear programme of alleged possible military dimensions.

In June, the International Atomic Energy Agency’s Board of Governors passed a resolution criticising Iran for failing to explain uranium traces found at undeclared sites. But a senior Iranian presidential aide said Tehran demanded the issue be closed before it would agree to resume compliance with the pact.

“In all of (President Ebrahim) Raisi’s telephone calls with the presidents of France, Russia and China, his firm position has been that a final agreement could be reached only when safeguards claims were resolved and closed,” state media on Saturday quoted the deputy head of Raisi’s office as saying.

The European parties to the deal on Friday urged Iran “not to make unrealistic demands outside the scope of the JCPoA (nuclear deal), including on IAEA safeguards”.

“The text is on the table. There will be no re-opening of negotiations. Iran must now decide to conclude the deal while this is still possible,” a European statement said.

Indirect talks between Tehran and Washington restarted in Vienna on Thursday with a meeting between the Islamic Republic’s chief nuclear negotiator Ali Bagheri Kani and European Union coordinator Enrique Mora.

Reuters, citing one Iranian and one European official, reported in June that Tehran had dropped a major stumbling block – its demand for the removal of its Revolutionary Guards from a U.S. sanctions list.

A senior Iranian official suggested that the issue might not be a sticking point anymore, telling Reuters on Thursday: “We have our own suggestions that will be discussed in the Vienna talks, such as lifting sanctions on the Guards gradually.” 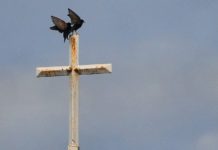 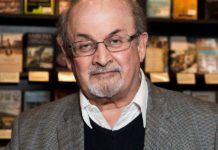 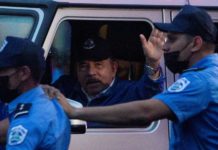 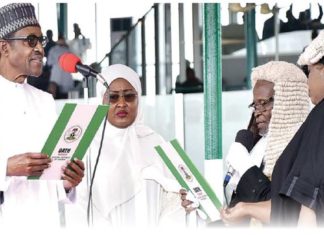