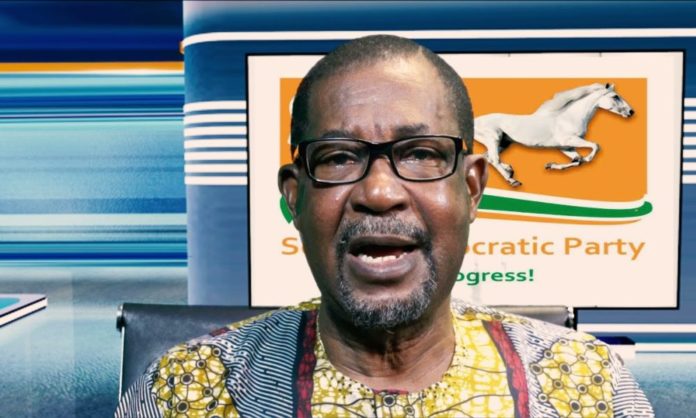 Sequel to the leadership crisis rocking the Social Democratic Party (SDP), the 36 State Chairmen of the party, yesterday, passed a vote of confidence in the National Chairman, Olu Agunloye and National Secretary, Shehu Gabam.

The backing came weeks after a faction led by Abdul Isiaq suspended Agunloye and Gabam for alleged misconduct.

But, SDP Chairman, Forum of State Chairmen, Oke Idawene, told journalists that the decision to support Agunloye and Gabam was reached at the end of its 2-day retreat in Abuja.

Idawene, who doubles as SDP Delta State chairman, nnoted that the duo had performed credibly well to reform the party ahead of next year’s general elections.

“The forum of all the State chairmen of the Social Democratic Party (SDP) comprising 36 state chairmen and FCT state chairman met in Abuja in a 2-day retreat and announced that;

“The state chairmen as individuals and collectively are in support of the leadership of the party under the chairmanship of Dr Olu Agunloye and Shehu Gabam as National Secretary;

“That all the state chairmen stand with and in support of the National Working Committee on its efforts to instill discipline, focus, decorum and determination to win the Party and, in particular, its recent efforts to strengthen and stabilise the party structures across the nation;

“That the forum has noted with great delight that our party has fielded candidates to contest in all the six by-elections in Ondo, Cross River, Plateau and Imo States, at the end of February this year and in the gubernatorial elections in Ekiti and Osun States in June and July, 2022;

“That the forum wishes to faithfully pledge its loyalty, support and full readiness to work with the National Working Committee under the leadership of Dr Olu Agunloye in all the Programmes of the party to win elections and bring power to the hands of social democrats for the true development of the Nigerian people.”