Former President of the Nigeria Bar Association, Chief Wole Olanipekun SAN, has criticised Section 65 of the Electoral Act 2022 on Wednesday, which empowered the returning officer of the Independent National Electoral Commission to return a candidate and also review his decision.

Olanipekun, who said that the act is dangerous to the polity and democracy, said “the returning officer is not a court of law, not a tribunal, and is not vested with jurisdiction to exercise quasi-decision or to assume jurisdiction over any matter that is judicial in nature.”

Section 65(1) of the Electoral Act states, “The decision of the returning officer shall be final on any question arising from or relating to (a) unmarked ballot paper; (b) rejected ballot paper; and (c) the declaration of scores of candidates and the return of a candidate: Provided that the commission shall have the power within seven days to review the declaration and return where the commission determines that the said declaration and return was not made voluntarily or was made contrary to the provisions of the law, regulations, guidelines, and manual for the election.”

However, the legal luminary, who spoke in a chat with journalists in Ado Ekiti, the Ekiti State capital, after a visit to Governor Biodun Oyebanji, said, “The Chief Returning Officer is the Chairman of INEC, meaning he can return someone as President today and tomorrow when there are agitations here and there, he may withdraw his decision, saying, ‘I am revising myself, and I am now returning somebody else’.

“To me, it is a very dangerous section, so novel in the sense that it empowers a returning officer after returning to review his decision within seven days.”

The legal luminary, who said the National Assembly could still remove the provision, called on all stakeholders, particularly the political parties, to monitor INEC and the returning officers so that nothing untoward happens to any party or candidate returning to be revised. 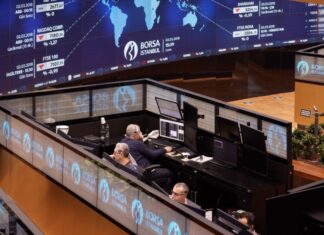