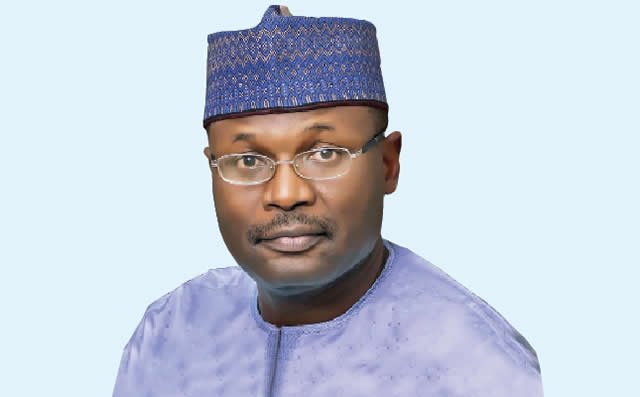 Independent National Electoral Commission has raised concerns over what it described as huge responsibilities involved in conducting elections in Nigeria.

The commission also observed that conducting elections in Nigeria was similar to holding one in the entire West African region.

The INEC chairman, Prof. Mahmood Yakubu, according to a bulletin circulated by the commission on Saturday, stated these when the Director-General of the Bureau of Public Service Reforms, Dasuki Arabi, led a team from the BPSR on a courtesy visit to the INEC Headquarters in Abuja.

According to him, there were a very few agencies in Nigeria like INEC, considering the kind of extensive responsibilities being performed by the commission.

Yakubu said, “This is the only agency in Nigeria that is saddled with the constitutional responsibility of doing so much for our elections and our democracy.

“We are doing more than managing elections; we are more or less managing our entire democracy.

The INEC chairman expressed the commission’s preparedness to collaborate with other agencies, including the BPSR, to deepen democracy and improve the electoral process.

Speaking earlier, Arabi commended INEC for doing a lot in terms of electoral reforms, adding that the commission stood out among leading agencies in terms of reforms in the country.

Arabi said the BPSR had been monitoring what INEC had been doing.

He said, “After the 2015 general elections, we produced a book that we called ‘Lessons of Nigerian Elections 1923-2015; but the attention and the emphasis was on 2015 elections where we saw something dramatic, where a sitting government lost election and peacefully handed over to a new government.

“We think it is important that we celebrate public servants, you and your colleagues and all of you that handle these elections that brought us to where we are.”