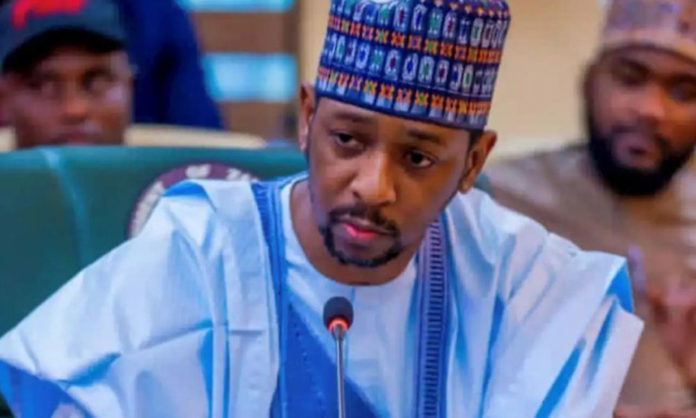 A Federal High Court in Abuja has fixed March10, 2022 to commence definite hearing in a suit filed by the Zamfara State Deputy Governor, Mahadi Aliyu Gusau seeking to stop the State House of Assembly from impeaching him on account of his refusal to decamp to the All Progressive Congress APC.

Justice Inyang Ekwo fixed the date yesterday after ordering parties in the suit to file and exchange all their processes ahead of the date.

Counsel to the Peoples Democratic Party PDP and Gusaau, Chief Emmanuel Ukala, SAN, had appealed to the Judge, Justice Inyang Ekwo to make a definite pronouncement on maintaining the status quo.

In the alternative, the senior lawyer urged the Court to direct Chief Mike Ozekhome, SAN, counsel to Governor Mohammed Bello Matawalle, the Chief Judge of Zamfara State and the Speaker of the Zamfara State House of Assembly, to give an undertaking for maintenance of status quo.

However, in his response, Ozekhome told the Court that Chief Ukala only served him the amended Originating Summons, the motion to revive the status quo, as well as a motion for interlocutory injunction just on Friday, 11th February, 2022.

He argued that by the Rules of Court, he was entitled to 7 days each to respond to both motions and 30 days to respond to the amended Originating Summons.

He also argued that the status quo order granted in July 2021, had since expired after 14 days going by the Rules of the Federal High Court and that the said maintenance of status quo order was based on a mere letter of invitation sent to Gusaau to appear before the House to answer certain questions, and not an order against impeachment.

Ozekhome further argued that as a constitutional lawyer, he cannot give an undertaking which will have the effect of preventing the Zamfara State House of Assembly from carrying out its constitutional functions, including impeachment.

Ruling on the matter, Justice Ekwo held that the application for maintenance of status quo and the other processes were not ripe for hearing.

He advised both lawyers that whatever applications or grievances they might have should be taken to the next adjournment date.

He also granted Ukala time to file his responses.

Justice Ekwo subsequently adjourned the matter to 10th of March, 2022, for definite hearing of all pending applications.