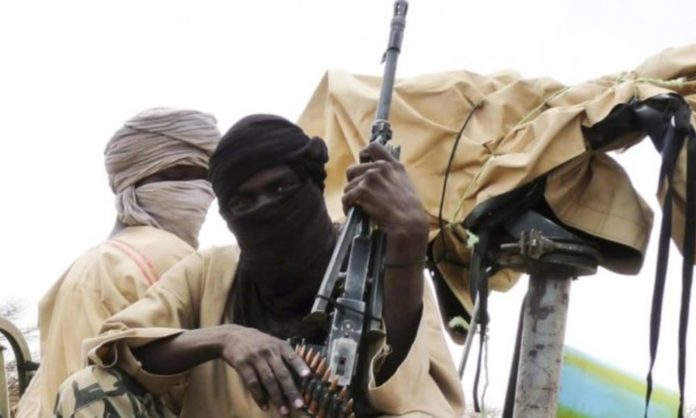 A lady whose mother was to be buried on Friday, has been kidnapped by unidentified gunmen.

The victim, whose name was given as Oluchi Ezirim, was a native of Ogwa in Mbaitoli Local Government Area of Imo State.

Eyewitness said that the victim was in the burial entourage alongside some members of the family when the hoodlums attacked them and whisked her away.

It was gathered that the incident took place along Iwuanyanwu road in Atta community where the bandits laid siege in a sky blue jeep.

A villager, who spoke to our correspondent, said the burial people missed their way to Chetakwa morgue at Amawo Atta, and were stocked at Evan Enwerem’s junction.

Accord ing to him, “There are two Chetakwa mortuaries here in Atta, but it seems they were confused about the actual one where the corpse was.

“They briefly stopped at the junction and almost immediately, three armed men jumped out of a sky blue jeep and ordered all to lie down.

“They went to the driver of a 4matic jeep and asked for the owner of the car.

“They forcefully brought out the lady who admitted it was her husband’s car and zoomed off with her, shooting sporadically in the air.”

Meanwhile, the Atta community has been gripped with fear as there was a heavy presence of policemen patrolling the area and threatening arrest.