Social Democratic Party (SDP) candidate for governor in the 2019 election in Ebonyi State Chief Ndubuisi Chibueze-Agbo has said that he is the rightful person to replace Governor David Umahi and not Idu Igariwey of the People’s Democratic Party (PDP).

Agbo, a former Commissioner for Education in the state, claimed that the PDP nominees, Igariwey and Fred Udeogu, were not qualified to become Governor and Deputy Governor as they did not participate in the 2019 governorship election.

The SDP candidate, who noted that he came third in the 2019 election, added that Senator Sunny Ogbuorji of the APC, who came second in the election, should stop angling to be declared Governor because according to him the court had disqualified him.

He claimed Ogbuorji was disqualified because he failed to meet other mandatory criteria and qualifications as provided by the Constitution.

He asked the Independent National Electoral Commission (INEC) to issue him and his Deputy, Mr. Iheanacho Nwugo, a Certificate of Return to enable them to be sworn in as Governor and Deputy Governor of Ebonyi state.

Speaking at a press conference in Abakaliki on Tuesday, Agbo disclosed that he will be approaching the Appeal Court to be joined in the Umahi Vs PDP suit and to pray the appellate court to declare him the rightful beneficiary of the judgement.

He commended Justice Ekwo for his bravery in delivering the landmark judgement, noting that through the judgement the learned Justice has engraved his name in gold in the annals of Nigeria legal and political history.

‘Let me stress once more, that court cannot illegally equip PDP or any other party for that matter with remedy not supported by our laws and common sense. If the court has sacked the Governor who is the only qualified candidate in the 2019 General Election for that position, it stands that PDP has completely lost out and there is nothing the court can do to revive a putrid animal in this case. It is rotten and the party has to accept that position, period,’ he said.

‘If an order is given for a fresh election today, PDP has been disqualified as their recent nominees are not qualified to join the race at this stage. The nominees are strangers to the 2019 Governorship election in Ebonyi State. And our laws are very clear on that.

‘Having succinctly pointed out my observations in the whole imbroglio in very clear terms ,and in my capacity as the Governorship candidate of the Social Democratic Party (SDP) in the 2019 General Election, after due consultations with my Campaign Organisation, party and other relevant stakeholders, we have resolved to join the matter in the Appeal Court as an interested party. This will enable the court capture and ventilate our position for possible considerations in the cause of doing Justice in the matter and for Ebonyi State,’ he stated. 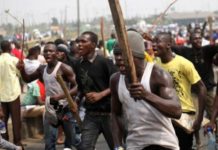 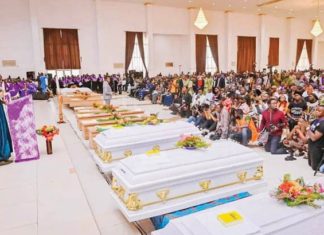