Rivers State Governor, Nyesom Wike, has said he is fully prepared for the assignment of being the president of Nigeria because he has the capacity to address lingering issues of insecurity and poor national economy.

Governor Wike maintained Nigerians can no longer resign to fate, suffer the pains of harsh economy and wanton killings under the watch of the All Progressives Congress (APC)-led Federal Government.

He made these remarks when a group, the Northern Progressives Elements and Friends of Wike, in Abuja, presented the purchased expression of interest and nomination forms to him, yesterday, to contest the 2023 presidential election on the platform of the Peoples Democratic Party.

The governor said it was time to save the country from the intractable lies of the APC-led Federal Government that is completely bereft of governance.

Governor Wike emphasised that both Nigerians and the PDP do not need persons that will chicken out when intimidated by the APC in the build up to the 2023 general election.

“They have tried it with me. They know that they can never succeed. They did it in Rivers State, we said no, it will never work. And it didn’t work. If you give us the ticket, go home and sleep,” he said.

Governor Wike pointed to how the APC has failed woefully on a continuous basis in addressing economy concerns of Nigerians.

According to him, the Central Bank of Nigeria boasts of how much it is spending to boost agriculture without visible impact and availability of food.

“Where is the food? Because if you have invested in agriculture, we should be seeing the result. Instead of people to eat, people are dying everyday. Who are they deceiving?

The Rivers State governor said God has given him the wisdom, good health and it was time to utilise them to wrest power from the APC and tackle the numerous challenges facing the country.

“But it is a task that is surmountable with commitment and passion. By the special grace of God, with your support, we shall surmount the problems facing Nigeria.

“Let me tell PDP people, just like the former deputy national chairman said, we cannot just stay at home and be praying to God to dash us power, no. God has given us the capacity. We must use that capacity and take over the power,” he said. 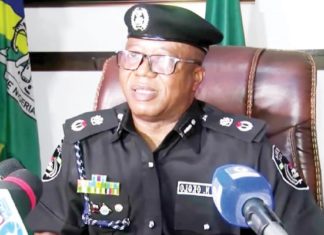