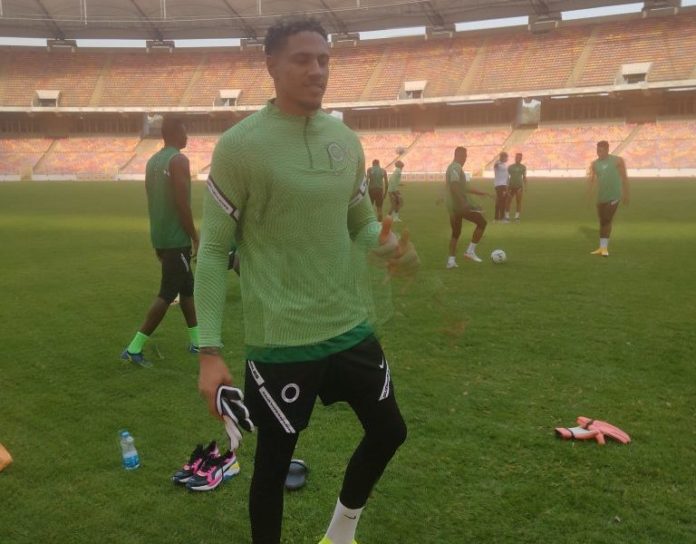 Former Eagles forward, Julius Aghahowa, was not impressed with the performance of Maduka Okoye after Super Eagles ’s 1-0 loss to Tunisia in the round of 16 of the 2021 Africa Cup of Nations in Cameroon.

The former Super Eagles striker stated that, the Sparta Rotterdam goalkeeper should have stopped the Tunisian goal and save the country from embarrassing elimination from the continental showpiece.

Tunisia scored their winner 63 seconds into the second-half when Okoye allowed Youssef Msakni’s strike from 25 yards to beat him.

Reacting to the defeat, Aghahowa, who was part of the Super Eagles squad that won silver at the 2000 edition, singled out Maduka Okoye for criticism.

“Okoye should have saved that ball because he saw the ball coming towards his direction,” the former Shakhtar Donetsk striker said.

“I am really disappointed and feel he should have done better. This was a game we don’t deserve to lose at all. But it has happened and we have to accept our fate.” he concluded.