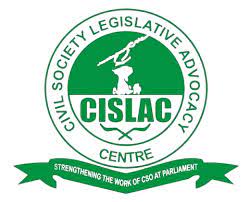 With eight years left to the attainment of Sustainable Development Goals (SDGs) by 2030, the Civil Society Legislative Advocacy Centre (CISLAC), chapter of Transparency International in Nigeria (TI) has warned that illicit financial flows (IFFs) if not addressed was a threat to attaining the goals in Nigeria and by extension African continent.

This is even as it has called on CSOs to seek local solutions to addressing the menace as past responses borrowed from initiatives advanced by the G20 and the OECD – largely on the problem as experienced by global North economies, has not helped but worsen the situation.

The Executive Director of CISLAC, Auwal Musa Rafsanjani,  gave the warning at the High-level Panel Report on Illicit Financial Flows in ECOWAS Member States, organised in collaboration with the West African Tax Administration forum (WATAF) and support from Oxfam in Nigeria.

The objective of the dialogue is to: Strengthen sub-regional coordination towards implementation status of the 2015 High-Level Panel (HLP)  report recommendations; Identify and prioritize key tax justice issues that confront the West Africa region; undertake mapping of key partners for strategic engagements and harvest an agenda towards implementation of recommendations of the HLP

within member states in the sub-region.

The SGDs also known as the Global Goals, are a collection of 17 interlinked global goals designed to be a “blueprint to achieve a better and more sustainable future for all”. The SDGs were set up in 2015 by the United Nations General Assembly and are intended to be achieved by the year 2030.

According to him, illicit financial outflows from the continent has been as still is an obstacle to development for the citizens of Africa.

According to him, “As we delved deeper into the bottlenecks of development financing, it became obvious that the drive to stem illicit financial flows was just the beginning of a multi-faceted campaign to stop the bleeding of Africa’s resources.“

Rafsanjani recalled that progress was made when the Report of the High-Level Panel (HLP) on Illicit Financial Flows from Africa was presented at the 24th AU Summit in Addis Ababa in 2015 and was adopted by African leaders.

He said: “The report echoed civil society voices from across the continent in highlighting illicit financial flows as a serious threat to inclusive development in Africa and calling for urgent practical policy action to stop the haemorrhage.

“According to the HLP report, illicit outflows increased at an alarming rate of 20.2% per year from 2002 to 2011(Global Financial Integrity calculations). The panel noted that the dependence of African economies on natural resources extraction makes them particularly vulnerable to IFFs, but also that the digital economy and new technologies are making it easier, adding a troubling new dimension to the problem.

“The report singles out the issue of weak national and regional capacities as a major obstacle in efforts to curb IFFs, making it clear it is ultimately a political issue.

“The last few years has seen a notable emergence of civil society groups across the continent who have joined together to rally against IFFs. Indeed, IFFs have become a key part of Agenda 2063 conversations on Africa’s development as well as in ongoing processes such as the Financing for Development and the post-2015 Sustainable Development Goals.

“The HLP report presents an opportunity for African CSOs and partners to forge a coherent continental architecture for tackling IFFs. Past responses have borrowed, sometimes uncritically, the concepts and proposed solutions from initiatives advanced by the G20 and the OECD – responses based largely on the problem as experienced by global North economies. The challenge will be to instead root the work in the specificities of the African context and experience.

“Therefore, a crucial task for African CSOs and partners is to properly problematise IFFs and develop distinctly African policy responses.

“It is in view of all the above, as well as the emergence of the COVID-19 pandemic which has exacerbated the fiscal deficit situation in most African countries-Nigeria inclusive, equally bringing to the fore, the urgency to address the vice of the illicit outflows, as well as the instrumentality of a modernized and effective tax system and a tax administration, which effectively engages in regional cooperation efforts, as essential fiscal policy tools for raising revenues for sustainable development. By this, the Civil Society Legislative Advocacy Centre/Transparency International-Nigeria in collaboration with the West African Tax Administration forum (WATAF) and with support from Oxfam in Nigeria, envisioned this engagement.

“Thus, it is our hope that this engagement will provide the platform for robust deliberations and an opportunity to harvest an agenda towards strengthening sub-regional coordination in the effective and sustainable implementation of recommendations of the HLP report within member states in the sub-region.

Let us be reminded that the development of Africa can only be championed by an AFRICAN INITIATIVE, it is not good enough that not much has been done out of the recommendations of this panel seven (7) after.”

Oxfam Nigeria representative at the event, Dr. Abdallah Ali-Nakyea, decried the fact that the poor were paying more taxes than the rich, describing it as unfair, noting that this too in a way encourages  illicit financial flow.

He queries tax exemptions to companies that have mastered the act of tax evasion, stressing that some of them have no benefit to the people and called on the legislators to do their bid to ensure those that end more pay more and those that earn less to pay less.

Ali-Nakyea said: “It is essential that for there to be real economic growth, governments must make a conscious and deliberate effort to bridge the wealth gap.

“In generating sustainable growth and reducing dependence on donor partners, domestic resource mobilization and how the resources generated are used is extremely important more especially during this COVID-19 era where even donor partners are all putting in the effort to sustain their economies.

“Taxation therefore being one of the most powerful tools for creating a just and equal society, must not be designed to prioritise or promote inequality, foster corruption and undermine democracy.

“Since tax is a compulsory impost from which there is no direct benefit to the taxpayer, it is important that there would be equality and fairness in taxation.

“Tax justice refers to ideas, policies and advocacy that seek to achieve equality and social justice through fair taxes on wealthier members of society and multinational corporations.

“It often focuses on tackling tax havens and curtailing corruption and tax abuse by multinational corporations and the super-rich.”

The Oxfam Nigeria Rep said an  effective tax system must deliver the “4 Rs” of tax: raise revenues equitably;redistribution to curb poverty and inequalities; repricing goods and services; and representation of taxpayers as citizens.

Office of the Vice President, Adeyemi Dipeolu, who presented findings of the High Level Panel of IFFs, listed them to include Illicit Financial Flows from Africa are high and increasing; Ending IFFs is a political issue; Transparency is key across all aspects of IFFs; Commercial routes of IFF need closer monitoring; Vulnerability from dependence on extractive industries and New and innovative means of IFFs are emerging.