Why I want to represent Idemili North

A socio political group, Igbo Youths for Positive Change has faulted claims by the Indigenous Peoples of Biafra (IPOB) on its recent statement where it alleged that Governor Chukwuma Soludo secretly set up the Ebubeagu militia to eliminate its members in Anambra.

National President of Igbo Youths for Positive Change, Evang. Chinedu Obigwe who spoke through a press statement in Awka yesterday said the IPOB allegations against Soludo was “unfounded and cannot be substantiated”.

Obigwe said   IPOB decided to resort to peddling of unfounded allegation against Governor Soludo in a condemnable bid to attract undue sympathy to their group.

He said there is an undisputed fact that Ebubeagu militia doesn’t exist in Anambra State but in its stead is Anambra Vigilante Group operatives.

He said the vigilante group operatives have been in existence before Soludo took over Anambra State government mantle of leadership.

“The only thing the Governor did was that he strengthened them through empowerment for them to be able to deliver the needed result.  It’s better for IPOB to come out boldly and tell the whole World that they are the unknown gunmen terrorising Anambra State instead of lying against Governor Soludo.

“The Anambra Vigilante Operatives and other security agents are only going after the criminals masquerading as unknown gunmen. They are not going after innocent people, so I don’t see the reason why IPOB will be raising false alarm and telling lies against Governor Soludo. This same IPOB distanced themselves from the activities of the criminals terrorising Anambra State and masquerading to be unknown gunmen but their resort to blackmail of Governor Soludo is now turning them to the sympathisers of the same unknown gunmen criminals”.

He said that is a well known fact in Anambra of today that security agents are dealing mercilessly with the unknown gunmen terrorists and that serves them right because he or she that kills with gun will die by the gun.

“There is nothing like Ebubeagu militia in Anambra. The local Vigilantes helping other security agents to secure Anambra State are ndi Anambra and they are doing that as a sacrifice for the betterment of our beloved State. Whether anybody likes to hear this or not, Governor Soludo deserve to be commended for the way he is tackling the whole problems facing our State. We cannot pretend to be blind to see all the good things our Governor is doing in our State.”

“The insecurity challenges he is tackling in our State did not stop him from delivering dividends of good governance in Anambra.

An adage says that “when a man is doing well, you praise the person for him to be spurred with the praises to do more.

As a matter of fact, Governor Soludo is doing marvellously well and ndi Anambra are happy with his good work in our State. There is no iota of truth in the  unfounded allegation made against our beloved Governor Soludo by IPOB “ he said. 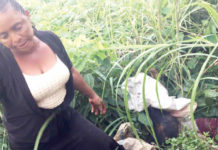 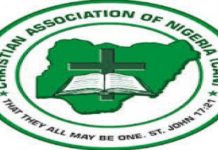 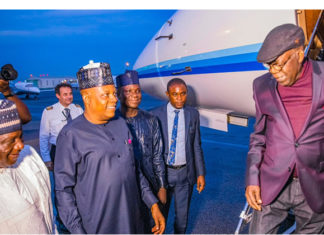