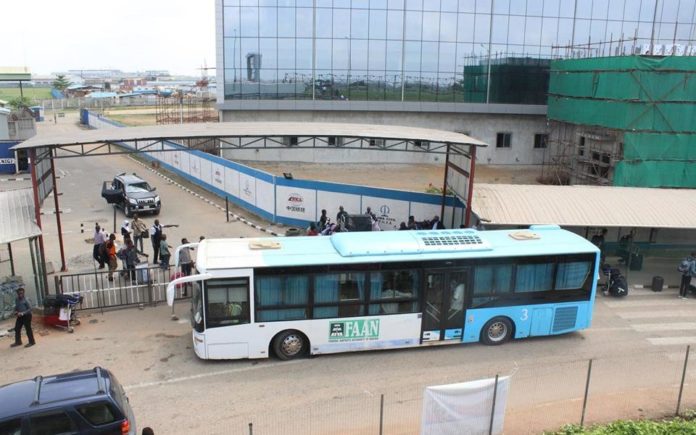 The management of the Infrastructure Concession Regulatory Commission (ICRC) has said that all vehicles parked at the tolled Murtala Muhammed International Airport’s multi-level car park must be safe and secure and such cannot be left at owner’s risk.

The position of ICRC was articulated after an on-the-spot assessment of the facility, inspired by recent media reports on the unsafe nature of the Lagos International Airport’s multi-level car park managed by a concessionaire, Seymour Aviation Limited.

The team, led by the Acting Director General of ICRC, Mr Michael Ohiani, said the visit was part of the agency’s responsibilities, ensuring regulatory compliance in all Public-Private Partnership (PPP) transactions.

However, the visit to the facility revealed that only one incident had been reported, in which case the victim, whose Lexus GX 460 was vandalized, has been compensated and the missing vehicle accessories replaced.

Ohiani, who was taken on a tour of the facility managed by Seymour Aviation Limited, stressed that because car parking services were the primary amenity being provided by the managers at a fee, vehicles could not be said to be ‘Parked at Owners’ Risk’, as claimed by the service provider.

“If I park my car it is not at my own risk, provided I pay – if I come here and I park and I do not pay, it is a different ball game.

“I am very happy to know that you have an active insurance policy” the DG added.

The Commission used the opportunity to advise the concessionaire on a new feature in the car parking service model where car owners upon making payment, are allotted specific slots on a particular floor.

“If slot A is given to you and that particular slot has a security issue, it is easier to determine that a particular vehicle in slot A was supposed to park there because your contact number and details are already captured.

“We can use that with appropriate authority where registrations are done to be able to trace criminals. But when you allow people to park at their own discretion, it becomes difficult to trace when something happens.

“Going forward, I think those are the measures you might like to employ. It also enables you to manage the facility because you will be able to know at a particular time how many slots are taken and how many are available,” he said.

Responding to questions from the ICRC Ag. DG, Sadiku Abdulkadir Rafindadi, Director of Commercial and Business Development of the Federal Airport Authority of Nigeria (FAAN), who represented the Managing Director, Capt Rabiu Hamisu Yadudu, said that some of the news reports or stories peddled about the airport were not a true reflection of the situation on the ground.

He intimated to the ICRC DG that following the incident, an emergency meeting was held and certain decisions were reached to curb future occurrences.

Some of the recommendations from the meeting included: the expansion of CCTV coverage at the car park, connection of the camera feeds to the MMA Terminal 2 CCTV network and improvement of physical surveillance.

Other measures include intelligence sharing with airport security, prompt reporting of incidents at the car park, addressing other pending cases of vehicle vandalism among others.

Also speaking, Mr Francis Ikenga, MD/CEO of Seymour Aviation Limited, managers of the Concession, said that there was a subsisting insurance policy that covered all those who use the car park, reiterating that the victim of the reported incident had already been compensated and the vandalized vehicle parts replaced.

He said that the car park focuses mainly on Safety, Security and revenue, pointing out that if safety and security are not met, then revenue will not be taken.