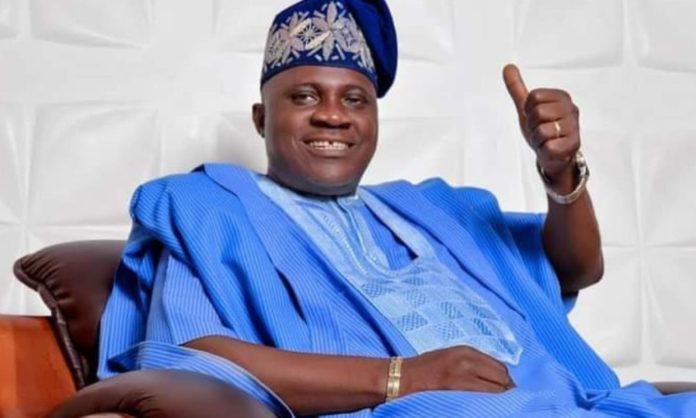 A gubernatorial aspirant in the forthcoming Osun State gubernatorial election, Emmanuel Sanya Omirin has debunked his alleged rumoured involvement in the just concluded Osun APC 2022 direct primary election and in the murder of Job Akinola.

Speaking via a statement obtained by DAILY POST on Sunday, Omirin, who is a former chairman of Atakunmosa East Local Government, stated that the allegation on social media linking him with the pandemonium, which led to the death of Ajibola at Ward 6, Odogbo-Ijesa was cooked up to discredit him.

Claiming blackmail, Omirin added that the action was carried out against him because he is posing a threat to the possible re-election of the incumbent Governor of the State, Adegboyega Oyetola.

The PDP gubernatorial aspirant, who expressed shock as to why a branded truck would be used in such an open attack, claimed that his branded NISSAN truck had developed fault some days back and was parked in a nearby town, which was quite far from the scene of the violent attack.

In his words, “My branded NISSAN Frontier pick up truck developed fault 3 days ago and was parked at Iwara town, which is about 10 kilometres to Odo-Ogbo where the attack was carried out.

“I am shocked and I still wonder how my NISSAN frontier pick up truck which had been parked in Iwara town, according to the driver, suddenly developed wings and became allegedly involved in a murder incident by thugs in Ward 6.”

Recall that one Job Akinola was shot and killed in Odogbo-Ijesa in the presence of his mother and sibling on Saturday, during the APC gubernatorial primary election.

However, the Osun Police Command has described the fracas in Odogbo-Ijesa as a confrontation between suspected members of cult groups.

The police spokesperson, Yemisi Opalola revealed that the deceased was pulled out from the queue waiting to vote during the All Progressives Congress (APC) gubernatorial primary election in his ward.

Opalola added that the killers and the victim were suspected members of cult groups.

She stated that the gang, which numbered about six, attacked the polling centre in Odogbo-Ijesa in a Hilux truck and motorcycle and after shooting their victim, they drove off in the same vehicle.

She revealed that eyewitnesses and residents claimed that the victim was also a known cultist in the community.

The police spokesperson explained that police personnel on being alerted of the incident gave a chase and engaged the attackers in an exchange of gun shots before they left their vehicles, which included the branded truck and motorcycle and fled into the bush.

She also noted that the command was on the trail of the suspects.