Jonathan stated this during the wedding ceremony between former Miss Ayibadiepriye Igali, daughter of a former Permanent Secretary in the Ministry of Power and ex-Ambassador to the Scandinavian countries, Dr Godknows Igali, and her heartthrob, Olufunso Ayileka in Abuja.

At the event, a former senator representing Rivers South-East Senatorial District in the National Assembly, Lee Maeba, picked holes in the police investigation of the attack on his properties by suspected political thugs, saying he would drag the Commissioner of Police, Okon Effiong, to court over an alleged bias.

“I never expected this great gathering because of the 2022 World Cup football final between France and Argentina. I was watching it when I was told it was time for the wedding reception. I had to leave and come here,” Jonathan said.

Maeba advised the couple to invest in love to sustain their marriage and also be tolerant in all areas of their union.

He also said the only solution to the many crises in Nigeria would be to vote out the present regime of the President, Major General Muhammadu Buhari (retd.), and the All progressives Congress and vote for the Peoples Democratic Party and its presidential candidate in the 2023 elections, Alhaji Atiku Abubakar.

Gunmen were reported to have attacked the house of Maeba in Port Harcourt.

Maeba had linked the attack on his properties to the government.

But the Commissioner of Police in Rivers State, Effiong, said the attack on the residence of Maeba by suspected thugs may have been stage-managed.

Effiong had said he found it questionable that only old and rickety cars were destroyed while the luxurious cars were left untouched.

But Maeba faulted the statement by Effiong, saying he would take the matter to court to seek redress.

He also said as a close friend of Igali, he knew his daughter, the bride as a well-trained and behaved young woman who would be a good wife.

Maeba advised the couple to make love at the centre point of their marriage and should handle their affairs with all sense of maturity and respect for each other.

He said, “A police commissioner conducted an investigation into an attack on my home within 48 hours. Have you heard that before? He did not ask me anything. How does he reach that point?

“The Commissioner of Police may end up completely destroying his career. We will challenge him in court to tell us how an investigation came up with that conclusion.”

Speaking on the 2023 general election, he said the only way Nigerians could come out of the current hardship of economic challenges would be to vote massively for the PDP and Atiku in 2023.

Dignitaries in attendance at the wedding were friends of the family of the couple including the presidential candidate of Labour Party, Peter Obi, represented by Oseloka Obaze; former Chief of Staff to Jonathan, Chief Mike Ogiadomhen; former Senate President, Pius Anyim; former Director-General of NIMASA, Ferdinand Agu and Senator Cleopas Moses (Bayelsa  Central). 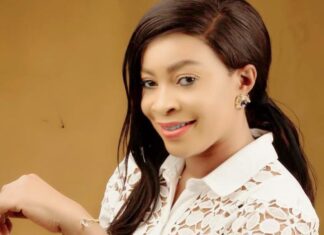