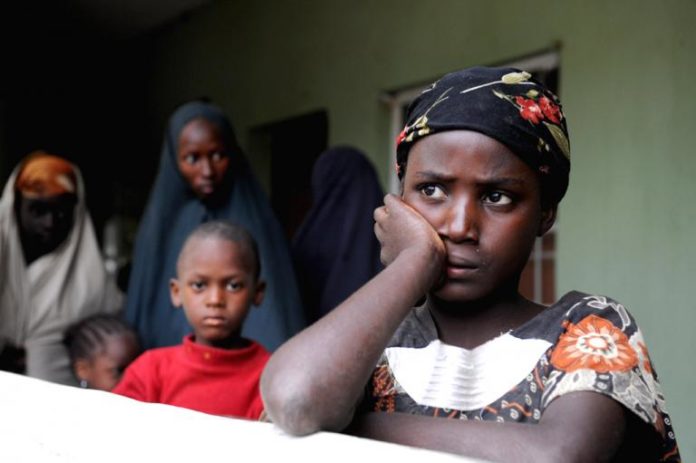 Human Rights Watch has called for the urgent adoption of the Child Rights Act to prevent the prevalence of child marriages, faulting the constitution for conflicting with the act.

In a statement on Monday, the international human rights organisation noted that child marriage was prevalent in the country and among the highest on the continent due to the lack of enforcement from both federal and state governments.

The statement read in part, “Although the federal Child Rights Act (CRA, 2003) prohibits marriage below age 18, the Nigerian constitution contains provisions which appear to conflict with this position.

“States with Islamic legal systems have also failed to adopt both the federal law and 18 as the age of majority for marriage. Some southern states which have adopted this position have failed to take adequate steps to carry it out.”

According to the United Nations Children’s Fund, being the most populous country in Africa, Nigeria had the highest number of child brides with an estimated 22 million children married before adulthood.

With this number, Nigeria accounts for 40 per cent of the total number of child brides in Africa with Niger having 76 per cent, the highest in the world, followed by the Central African Republic with 68 per cent and Chad at 67 per cent.

In the statement, Human Rights Watch found that child marriages were prevalent in Imo and Kano states, despite the former adopting the CRA in 2004. In the latter, the Act is waiting for assent from the governor after being passed into law in February 2021.

Africa Director at Human Rights Watch, Mausi Segun, urged the government at all levels to urgently align the CRA with existing laws to protect girls’ rights.

He was quoted as saying, “It is disturbing that almost two decades after the Child Rights Act was passed, Nigerian girls are still being forced into child marriages.

“Nigerian states should urgently act to adopt, implement, and align existing laws with the provisions of the Child Rights Act, which criminalises marriage before the age of 18 and protects girls’ rights.”

The organisation also noted that the Nigerian constitution contravened the African Charter on the Rights and Welfare of the Child and the United Nations Convention on the Rights of the Child which put that age of 18 as an age that guarantees a child’s freedom from violence and other issues.

“Child marriage contravenes the Nigerian constitution as well as the African Charter on the Rights and Welfare of the Child and United Nations Convention on the Rights of the Child, which affirm 18 as the age of majority, and guarantee a child’s right to be free from coercion and violence, and to get health care and education.

“There is an urgent need for Nigeria to harmonize its laws to conform to international legal standards to protect children from marriage, Human Rights Watch found.

“The Child Rights Act should be adopted and put into practice by all states. The federal government and state authorities that have adopted the law should create a strong action plan to ensure the effective implementation of legislation and sanction non-compliance,” the statement read.

Segun, on the other hand, urged all states to strengthen their laws to protect the rights of the girl child.

“All states across Nigeria should strengthen laws and create effective systems to enforce them to guarantee the well-being and safety of Nigeria’s girls,” she stated.