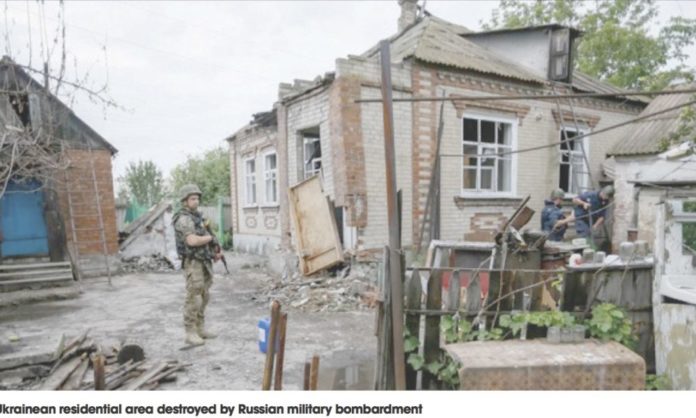 Experts in Nigeria’s real estate sector have warned that growth in the indsutry would be adversely impaired by current war between Russia and Ukraine unless urgent efforts are made to halt ongoing assaults in the area. These experts posit that a lot of things will stampede activities in the real estate sector as the world has become a global village in which whatever happens in one country affects others .

A political analyst, Mr. Austin Mba, said Russia and Ukraine are major trading countries with Nigeria because of business, economic, educational and other bilateral cooperations they share together.

“Besides that, the tensions being generated by the war is capable of creating uncertainty in capital inflows thereby dampening investors’ appetite. Nigerians businessmen’s partnership with Russia or Ukraine will have such alliances negatively impacted in terms of capital importation and so reduce foreign investors’ patronage,” the analysts said.

With super powers like USA and others warning of more sanctions in the event of the actors failing to give ears to moves for reconciliation, the global economic activities which have been devastated already by the COVID-19 pandemic will be worsened. The real estate will crumble because according to a property development expert Mr. Kabir Oladeinde, Nigerians no longer lodge their money in the banks, and this will exacerbate with the home economy at the receiving end.

He said, “The way Nigeria economy works now, anyone who hopes to fund his projects from the money he borrows from the banks should better think of another option. The banks do not have much even to give petty ATM customers let alone serving those who seek development funds that are usually huge. Most developers now depend on capital importation for their projects in which case, if that money coming from the foreign angle stops, the economy will definitely be on the knees”.

Other experts argue that if the war continues and these world powers make good their threats of imposing sanctions on Russia, it might affect significantly global economy including the real estate sector. Oil price has already gone above $100 mark due to disruptions in the global supply chain arising from the Ukraine crisis. Some of them explained that the oil price rise could impact the sector in the form of an increase in cost of building materials production.

For Paul Nweke, an expert in Civil Law, “For the Nigerian real estate sector, this is a grim reality given that the sector imports majority of its building materials, especially finishing materials, from outside Nigeria. The war will not allow importation of building materials aside a halt in capital inflows for other business settlements. The war if not halted, will result in hikes of cost of moving building materials from Europe because the effects of the war would be felt in the European world.

Nweke opines, “In the event of the full-blown war escalating to the extent of drawing one or two of the super powers in, the cost of transportation will likely go up, and its effect would cascade through the supply chain and may push up prices of raw materials further, increasing the cost of construction.

When the cost of construction is increased, the poor who rent homes and houses may be further impoverished thereby rising the spate of crimes in the society. Russian airstrikes battered Ukrainian cities recently and the conflict is being felt around the globe. Financial markets worldwide likely will feel the impact from the Russian invasion of Ukraine, the largest military operation in Europe since World War II”.

Economists are also warning that the U.S. housing market should brace for some possible changes in consumer behaviour. They worry that the luxury real estate market may feel the disruption the most as financial resources homebuyers use to pay for home purchases, such as stocks and cryptocurrency that have been volatile since the conflict began. The global unrest also could give American consumers the jitters and prompt them to cut back on spending and economic activities.

However, according to an agency report, aspiring homebuyers in all price ranges may become more hesitant to make large purchases amid stock market uncertainty and fears of how a potential full-blown war in Europe might affect U.S. inflation – which is already at a 40-year high. Escalating inflation is hurting renters, buyers, and homebuilders who are facing rising construction costs. “It is so bad for the economy and worse to the housing sector. It’s just a matter of how bad,” according to Mark Zandi, chief economist at Moody’s Analytics. “There’s a number of different ways in which Russia’s actions will hurt housing.”

The conflict could put more pressure on rising oil and food prices, which, in turn, could weigh more heavily on consumers’ household budgets. Russia is the second-largest oil producer in the world, and although the U.S. imports little Russian oil, the conflict could roil global energy markets. “If oil prices go up, that raises costs throughout the economy and that means more inflation” according to Danielle Hale, realtor.com’s chief economist.

Higher oil and gas prices likely will affect home, heating costs and cause even more global supply-chain disruptions, which are being felt widely in the homebuilding industry. Inflation and supply chain problems likely will prompt even higher construction costs.

According to the National Association of Home Builders, prices for construction materials have already climbed 22 per cent annually because of inflation,

Lumber prices have jumped 40 per cent over the past 13 months alone. Higher material costs coupled with higher mortgage rates, which are likely looming in the next few weeks, will hamper housing affordability, economists say. “Higher mortgage rates will slow home buying demand over the course of 2022, and the Russia-Ukraine crisis will add short-term volatility to the bond market,” says Robert Dietz, NAHB’s chief economist.

Speaking on the effects of the crisis raging between Russia and Ukraine Mr. Peter Odinikpo Nweke, General Overseer, Global Church Ministry regrets that even before the war, the country has been wobbling with no end in sight. He prayed that the evil rearing its ugly heads will not impact badly on the already worse economy.

According to the data extracted from the daily external reserve tracker from the Central Bank of Nigeria (CBN), Nigeria’s foreign reserve dropped to $39.86 billion as at the end of February 2022, representing a 0.44 per cent decline compared to $40.04 billion recorded as at the previous month making most Nigerians not happy. All these negative reports affect the real estate more because the sector strives to manufacture most of its raw materials locally with partnership arrangements with counterparts mostly from these war torn areas. The experts believe that as long as all these numbers are dropping, the real estate will continue to wobble because it is still being developed in the country.

Meanwhile, the reserve level has continued a downtrend largely due to the foreign exchange market intervention by the apex bank, in a bid to ensure stability of the local currency. This implies that the Central Bank sells foreign exchange in the official market at a conservative rate to manage the volatility in the currency.

Data from the CBN statistical bulletin for Q3 2021, show that the apex bank supplied a sum of $8.97 billion in the foreign exchange market through the I&E, SME, and invisible. The CBN also supplied $1.42 billion through interbank, while $2.77 billion was channelled through BDC operators between January and June 2021, before the bank discontinued the sales of foreign exchange to them. It is clear that mortgage banks do not work optimally in Nigeria, so most of the estates scattered here and there are from money imported from these foreign countries. 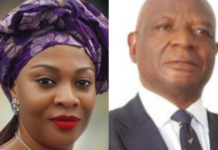 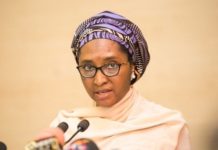 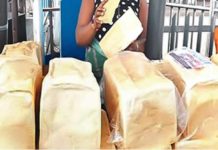 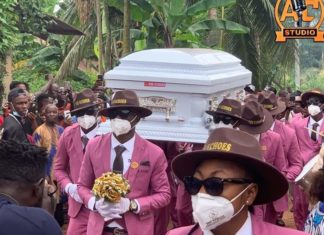