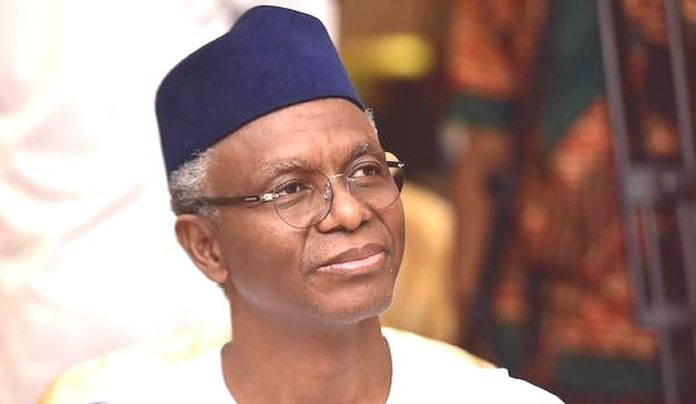 Governor of Kaduna State, Nasir el-Rufai, has said the fear of being dragged before the International Court of Justice (ICC) for human rights violation deterred the military from engaging  banditry and terrorism besetting the North West fully.

He stated this, yesterday, when he featured on the weekly ministerial press briefing organised by the Presidential Communications Team in Abuja.

He said while he had campaigned for bandits to be classified as terrorists, there were some push backs on the ground as they did not have a recognised leadership structure.

El-Rufai expressed delight over the court ruling which recently declared bandits as terrorists saying it  made them “a fair game.”

He said to deal with insecurity in the region permanently, there must be simultaneous ground and air attacks in all the states hosting the criminals to prevent them from escaping.

He said the locations of the terrorists are known, saying they must be wiped out at once rather than the present piecemeal approach if the problem must be solved.

He also said the Fulanis involved in the criminality would never abandon the business on their own because they make far more money from it than they would have made from legitimate cattle business.

El-Rufai affirmed that kidnapping and terrorism had since become business but with the added element of collaborating with Boko Haram even as he said the effort to tackle the menace had been uncoordinated.

According to him, some state governors that thought that negotiating with the criminals would end the problem later realized that it was a mistake.

He revealed that northwest state governments began a process of cooperation and co-financing the military operation against cattle rustling.

El-Rufai regretted that the operation was not sustained because some of them backed out after some success was recorded only for kidnapping to take over.

The governor while stressing the need to recruit more hands and procure sufficient equipment, regretted the lack of capacity of Nigeria’s security agencies in terms of adequate personnel and equipment to fight insurgents.