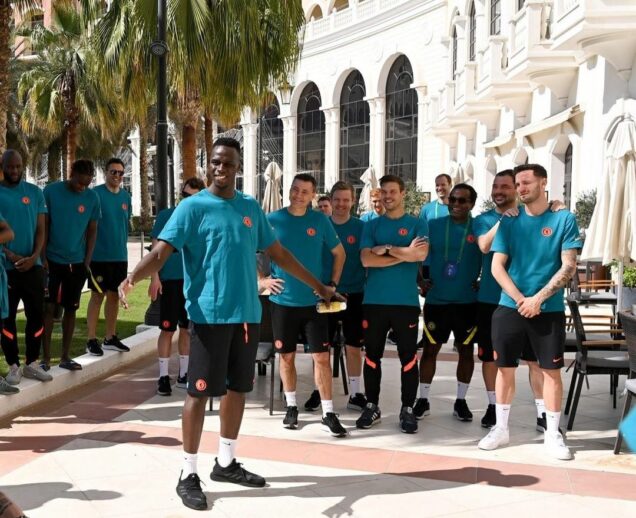 Chelsea players have given goalkeeper Édouard Mendy a befitting welcome back to the club after his exploit at the African Cup of Nations (AFCON).

He was voted the goal keeper of the tournament, winning the golden glove award.

Mendy arrived Abu Dhabi, United Arabs Emirates, where Chelsea is preparing for the Semi-final match against Al-Hilai in the World Club Cup.

The Senegalese goal keeper was given a heroic welcome by the players as they all hug and rejoiced with him for his exploit.