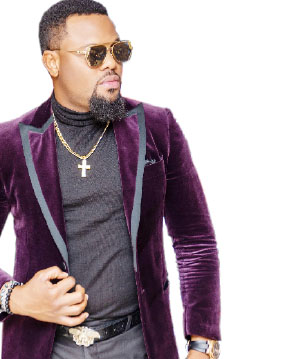 Melvin Oduah is a model-cum-actor. His popularity started when he featured in the Big Brother Africa 2014. He is one of the casts in the recent movie produced by Jim Iyke ,’ Bad Comments’. Talking to Sunday Sun, he went down memory lane about his journey into the world of entertainment.

Tell us about your journey into being an actor?

First, I was in Gulder Ultimate Search in 2009. That was Gulder Ultimate Search 6, in Gulder Ultimate Search, I came second. Then, two years later in 2011, I went for Mr. Nigeria and I came second as well, then, two years again, (laughs) Ah! I’ve paid my dues, I went for Big Brother Africa in 2014. It was a wonderful experience because that gave me my business platform I have today, it put me out there and I did my best to capitalise on that opportunity because I know where I would want to be and I’m very grateful for how far I’ve come, so yeah, that’s my story so far.  I’ve struggled hard, I am working harder, I have a lot of things I am putting together, with different people right now.

Have you always acted before Big Brother?

I was an actor before I came to Big Brother, just that I was not as known as I am right now.  You know, as someone in the  entertainment industry, you look for different platforms or different ways to elevate yourself as an entertainer, so that people can see you and you can now show people what you can do and that’s exactly what Big Brother Africa did for me. Before I went into the House, I was acting, I told Africa while I was in the House, how much of an actor I was, how much of a passionate actor I was , then coming out, I got producers, directors, calling me and yes, that has brought me to where I am today and I’m so grateful for that.

Did you do modelling job also?

Well, that’s why I call myself an entertainer. Asides being an actor, I call myself an entertainer, I don’t just streamline, do acting alone, because I also model, yes, I’m a model and I still model till tomorrow. I prepare events, I’ve hosted a lot of events, from fashion shows to awards, to pageants, I host events, yes and, of course, we do celebrity appearances, guest appearances, I mean, entertainment is a very big subject, so we try as much as possible to touch on every area. It is so detailed.

You featured in the latest movie of Jim Iyke, ‘Bad Comments’?

Yes,  I did a guest appearance in ‘Bad comments’. It was amazing, it was an amazing experience.

Which other movie have you featured in?

I have done a lot of movies, but let me talk about Bad Comments if you permit me. Bad Comments is a movie, I can’t wait to see how the crowd would react after watching this movie. I’m not speaking as an outsider now, I’m an insider because I know how this movie is because, like I said, I was a guest appearance in the movie. Now, this movie is about today’s reality, that’s why I’m so happy, I cannot wait to see how people are going to react because, like I said, I was very impressed, I was very satisfied to see the reaction of the crowd. I personally believe that the negative impact of what trolling and cyber bullying have done to our society is underestimated, so, this shows what happens to some celebrities, not just celebrities, more of humans out there, normal people out there, people are getting depressed everyday, people are dying everyday, suicide, because of what they see on social media, so that’s what happens when we see movies like this because it just shows us so that we can learn and impact this kind of thing in our everyday lives , let people to know that what people are saying about you on social media doesn’t define you as a person, pray for grace to do the right thing, work hard and you’ll achieve what you’re meant to achieve.

Have you experienced bad media before?

Oh yes, I have, especially when I got out of the Big Brother house in 2014. I saw a lot of things, I experienced a lot of cyber bullying, people that had opinions of me or people that feel like they have opinions about me, then the kind of things they said about me, a lot of them lies and all that. At first, it got to me because at that point I was just like not ready for all the bullying I got that  time, but with time, I had to realise, I had to tell myself look, these things don’t define me as a person. Like I said, pray for grace, work hard, do what you’re supposed to do and God will grant you your desires. Forget about these things , if you let them get to you, the negative commentary will affect you as a person and you cannot forge ahead. So, people need to understand the social media. Social media has brought a lot of negativity into our reality, so, people need to be strong and understand that you should not let these things get to you as a person.

You don’t appear in movies as you used to, why?

Right from time, I’ve been taught and I’ve been educated not to take any script that doesn’t suit you, not because this producer wants you for a movie, that you scrutinise, you go through it, you look at the production as a whole, is it something you want to do? Is it something that will make you or mar you, so yeah, that’s how it has been for me working. Yes, I’ve been doing a lot of movies, last month I was busy, I’ve been busy throughout the whole of last month, I’ve rarely had a day to myself, I’ve been working back to back and I still have a couple of scripts right now that I’m still about to start shooting, so yeah, it’s been very good for me so far, I just thank God.

In Nollywood, female actors say that before they’re given a role, the producers lure them into relationships, sex and all that, and you too, you’re good looking, so, before you get a role to play, what’s your own challenge?

I’m aware of all those things that are being said about how directors and producers will only give a particular set of people, a particular set of female and male actors roles if they do this and that. I mean, we hear all these everyday, but the good thing is that I’ve never been a victim of that, every single role I’ve played in every single movie have been given to me on credit and actually recommendations, and actually close auditions, even open auditions. People would tell him, oh, this guy is good, try him out and see, yeah, that’s what I’ve been doing since. So, these directors and producers, they try me out, in fact, 89 per cent, if not 90 per cent of the production houses, producers, the directors I’ve worked with always call me back because they enjoyed my performance in their production and that’s what it has been for me, so, yes , I hear these things no doubt, but I’ve just been lucky or privileged rather not to be in that scenario. So, I can’t talk much about it since I’ve never experienced it.

So, if you’re to advise anyone who wants to go for Big Brother Naija, what would you tell them because many still believe it is not morally sound to watch?

It’s still Big Brother, yeah, I think people should accept the positivity that the reunion does to people than the negativity. Now, these housemates were together for a couple of weeks and now, they left. Now, the reunion was what brought them back together again for the first time since they left the house. Now, going out of the house, you hear things, a lot of negative things, “oh do you know what this person said about you”? This and that. So, I think, the reunion should be welcomed, people should see it as an opportunity to clear the air, “oh okay, I heard you said this about me, really?” Then the person says “no, this is what I said and this is why I said that “. Okay then, you guys make peace , you guys clear it out and that’s it. So, I believe that was the or that is the idea in doing a reunion show. You guys, okay, we know you don’t meet, you don’t talk about everything, but they’re bringing you guys together now, what is your grudge against us, what do you guys have against this person, say it out.

You are very fashionable, what is  your type of style?

In fact, style for me is expressing yourself, the way you look, the way you dress should tell the person you are, your mood, how you feel at that point in time, so, that’s how it is for me. The way I come out is the way I’m feeling at that point in time. I can be so casual at some point, it means that I’m in that type of mood and I can come out very fashionable at some point, it means, that kind of mood is rare, yeah , so, fashion to me is just about expressing yourself through dressing.

I’m an all genre kind of person. Oh, yes, if it’s rock, R ‘n’ B, that is fine. You can’t find me listening to one kind of music. If you see my playlist, you’ll be shocked. I mean you can call me a weird because my playlist has different types of music, rock, rap, soul, old school, reggae, everything, so that’s my kind of person. 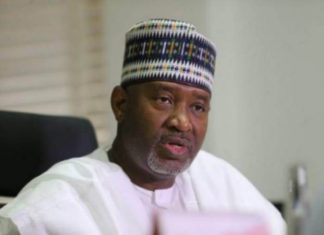