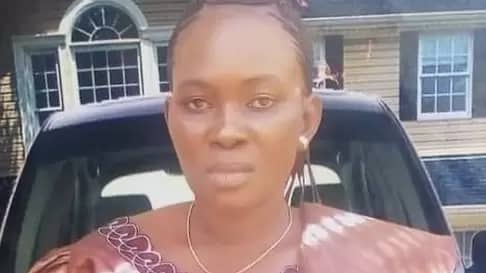 An eye witness has disclosed that the late Mrs Esther Aya who was allegedly killed by her husband during a quarrel in their resident in Sabon Pegi – Shabu village of Lafia Local Government Area of Nasarawa State had prophesied her death before eventually died.

who is a neighbou to the family who narrates the  ordeal to Daily sun Correspondent explained that the woman had made a pronouncement while fetched the sand saying as she is about to die the husband will not have peace and any other woman that entered the house will also die  before she fell down and collapsed and was confirmed dead.

“I came back from the farm and I discovered I was hearing a quarrel from their home I rushed to the house and tried to stop them but they were only insulting themselves and the woman fetched sand and  said as she is to die any woman that enters this house will die as well.”

“I rebuked  her from saying such words and and all of a sudden she fell down and died and I shouted Jesus and the husband noticed she was dead, kicked his motorcycle and left the house so I also left to call for help.” She posited

Reacting if the said husband Mr. Sunday Aga  touched the late wife during the tong lashing moment Mrs. Maryamu reacted saying she never saw that moment maybe had  happened before she came into the house  but confirmed that both the husband and the late wife had been disagreeing on so many issues.

” of the truth, I did not see the man touched or beat the wife except that had happened before I came in here, but one thing I know is that the two of them usually have disagreement on various issues. ” she said.

Also speaking to our reporter is the step  Son to the desist, Wilson Sunday explained that his father  Mr. Sunday Aga and his step mother late Mrs Esther Aya had been in series of  issues which according to him will always result to a fight.

Wilson said the cause of the quarrel which resulted to the death of the mother was when the mother invited a carpenter to fix the window of her room which Mr Sunday Aga drove the carpenter away and accused the step mother of allowing somebody to work in the house which does not belong to her.

Elder brother to the desist, Mr. Joseph Aya who said he was not there during the quarrel, alleged that his sister was killed by her husband as according to him the husband had been abusing her on so many occasions through out their twelve years old marriage which they have been blessed with three kids.

“He used to beat her  frequently to point that at times my sister will call me by after eleven or  twelve midnight, she will cry and at times she will leave the house.”

Confirming also the incident is the police public relations officer, Asp Ramhan Nansel who stated that investigation is still going on and an autopsy would be conducted to ascertain the real cause of the death of the lady while pleading with all family members to remain calm as the police will see to the end of the issue and justice will be achieved.

Daily Sun Reports that Mrs Esther Aya who until her death was a school  teacher with government secondary school Doka in Nasarawa state had three children with Mr. Sunday Aga who are officially married.