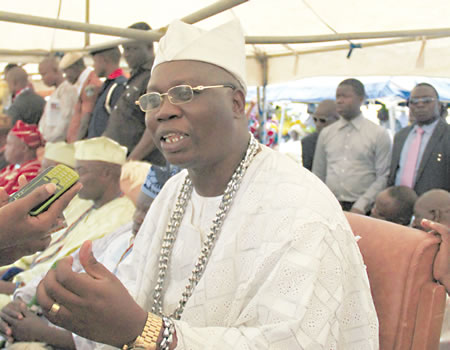 The Aare Ona Kakanfo of Yorubaland, Iba Gani Ige Adams, has said history would be kind to the former governor of Oyo State, Otunba Adebayo Alao-Akala, who died last week at the age of 71.

He paid the tributes to the memory of the late governor in a statement by his Special Assistant on Media, Kehinde Aderemi, which was made available to journalists in Ibadan, the Oyo State capital, on Thursday.

Adams noted that with Alao-Akala’s death, the state had lost yet another illustrious son, whose life was a reflection of service to humanity, saying: “I found it very difficult to come to terms with the sudden death of the late Alao-Akala. And up till date, I am still saddened and enmeshed in the loss, that I couldn’t figure out how such a wonderful man could leave the stage at a time when his service, wisdom and wealth of experiences are mostly needed.

“Akala’s death had robbed the people of Ogbomoso and Oyo State in particular of a man that was well loved by his people, a grassroots politician and pillar of support to the needy and the downtrodden.

“As a governor, Akala did a lot in the development of infrastructure in the state. Many of the roads you see in the state today were constructed during his tenure. He was a big influence in Oyo politics and he did his best to turn around the fortunes of Oyo State as a governor.

“It is very difficult to forget such a man, whose footprints in politics and human capacity development, was outstanding I am sure history would be kind to the former governor.”

Adams, while praying God to give the family the fortitude to bear the irreparable loss, maintained that the ex governor’s memory would always remain evergreen in the minds of the people of the state.